A Baby in a Video Store 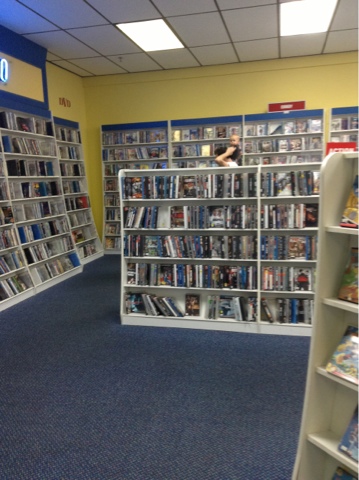 When Jared and I were just wee newlyweds, we found a video rental store near our house. And because we were totally hermits our first year of marriage, we quickly became regulars at that store. Baby newlyweds in a video store, it was all very romantic. 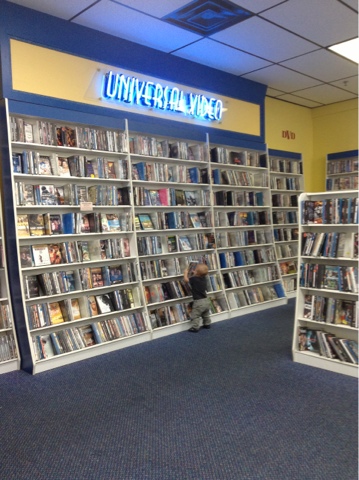 But when we moved to a different side of town, we became regular Redboxers. No need for video stores when you have one of those guys at every gas station and drugstore.

And then we had a baby and watching one entire movie started to take 3 days.
Seriously. The day we brought August home from the hospital, Jared and I were so adorably clueless. So we started watching Amelie and three days later, we finished it.
Eventually we just stopped watching movies all together. 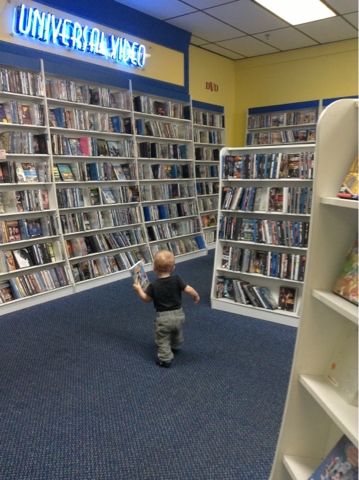 Until last week when we were heading out for our weekly grocery trip and Jared surprised me. He drove all the way across town to our old stomping grounds to the video store!
We walked in and our baby looked at us like what is this little heaven on earth? He then proceeded to squeal and clap his way down every aisle and picking out movie boxes and shaking them and putting them in different spots around the store. Jared and I closely followed behind replacing all of the videos that August relocated like the good parents that we are. And, because he is the most adorable baby and because we are still totally new parents, we  giggled and took so many photos. Oh little cute video store, we will be back. You betcha!