Catching up with the Buchanans 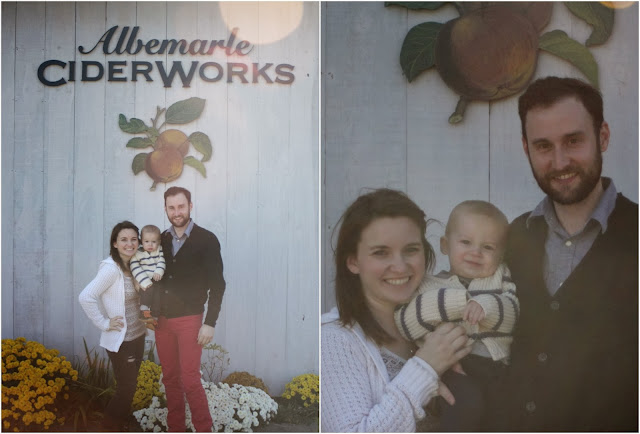 My sister-in-law, Leigh Ann, was in town a couple of weekends ago and we all had a wonderful time. But mostly Gus had a wonderful time because he loves attention and being loved on and Aunt Leigh Leigh is just really good at that sort of thing. Not to mention the little toy cash register she brought to him that August has deemed the best. toy. ever. Today I found him giggling to himself as he put goldfish crackers in the coin slots and put the toy coins in his snack trap. He is funny like that. 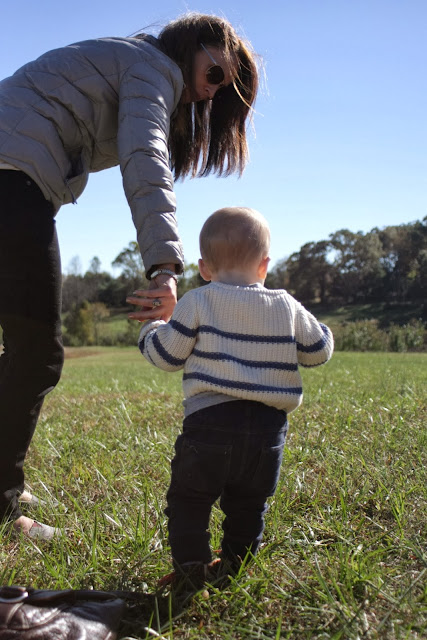 We spent a day at the Albemarle Ciderworks while she was here and it was beautiful. The weather had just a kiss of cool and there were ten different kinds of apples to sample. I never knew about Idareds before that day. But now that I do, it is safe to say, Idared apples make me go bananas for apples! 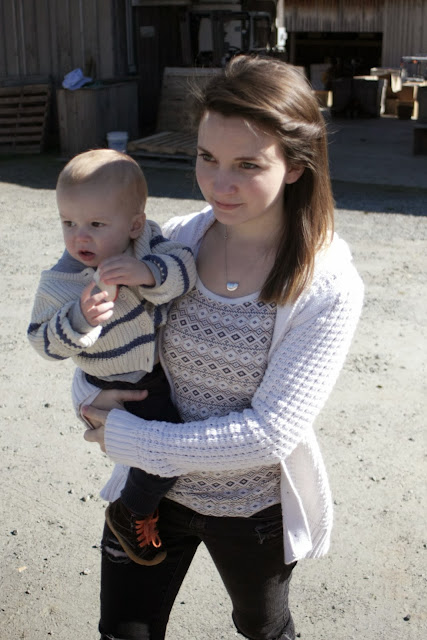 We brought a picnic of crackers, fresh bread, hummus, bruschetta, and cheeses and sat right down in a beautiful open field surrounded by colorful trees. All the while a very delighted Gus ran free and would occasionally come back over for some snacks or to snatch Aunt Leigh Leigh's sunglasses because that game was hilarious to him. 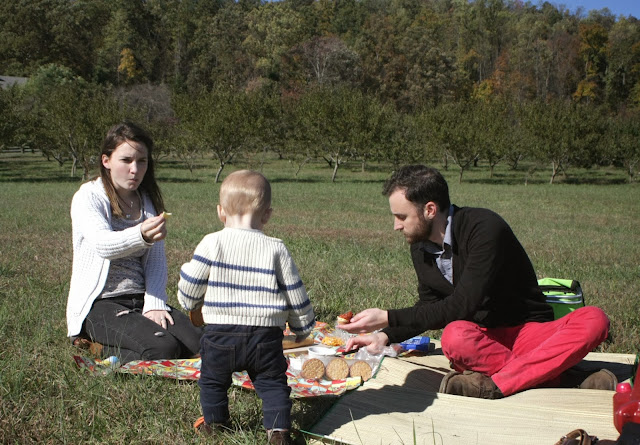 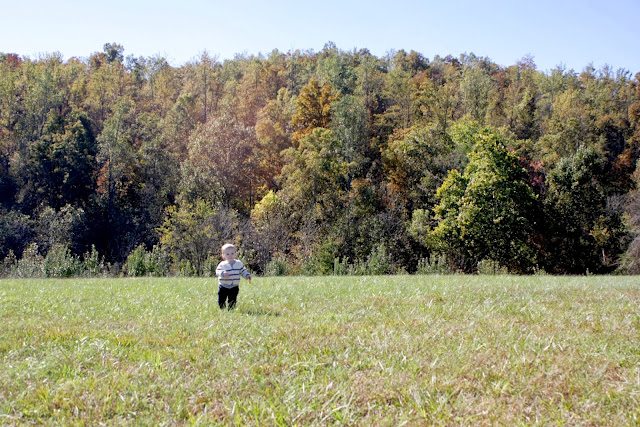 The Ciderworks puppy smelled our picnic and came running over to say hello and snatch whatever snacks he could out of August's little hands. August just thought this was awesome. Because if you are a dog, August thinks whatever you do is awesome. 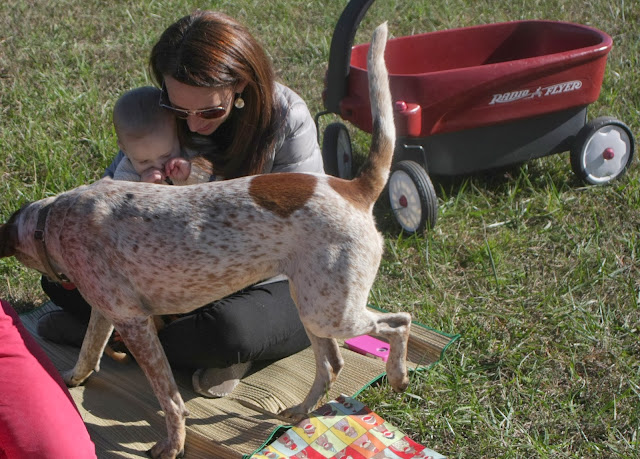 Later that day, we went downtown to a Halloween festival where there were hundreds of kids running around in costumes. August wore his Daniel Tiger costume and scored us some candy. 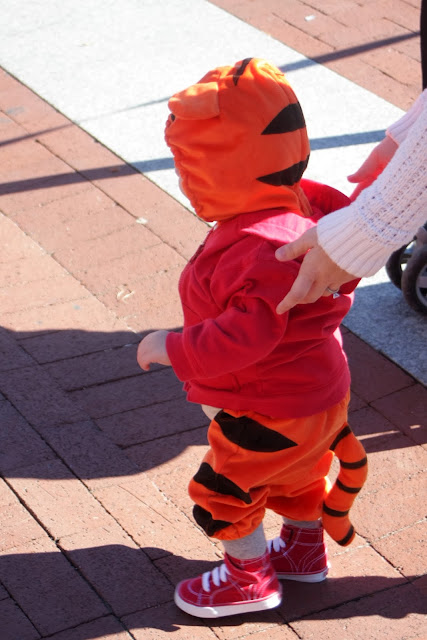 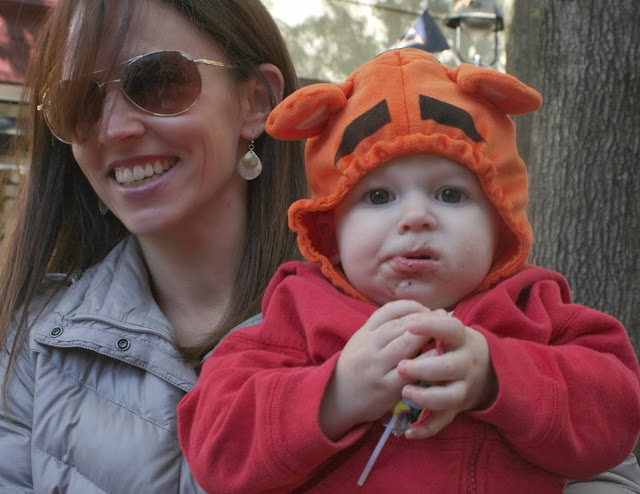 Leigh Ann left after lunch on Sunday and we miss her a lot. We so look forward to seeing her and her beautiful family for Thanksgiving.

Halloween also happened, which meant August got so much candy. Too much candy. So it was much to our proud parent hearts when that little candy loving baby reached past the candy and pointed to an apple. For a while there, I would peel and chop the apples before giving him one. But since we were all sitting at the table, I figured I'd give him a whole one to see what he'd do. Well, it made him feel big and it made for some pretty adorable pictures. Except for now if I peel and chop his apples he won't even look at it. Whole apples only, mom. Duh. 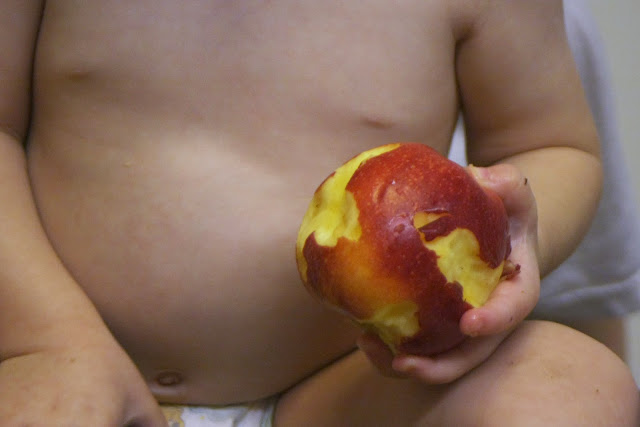 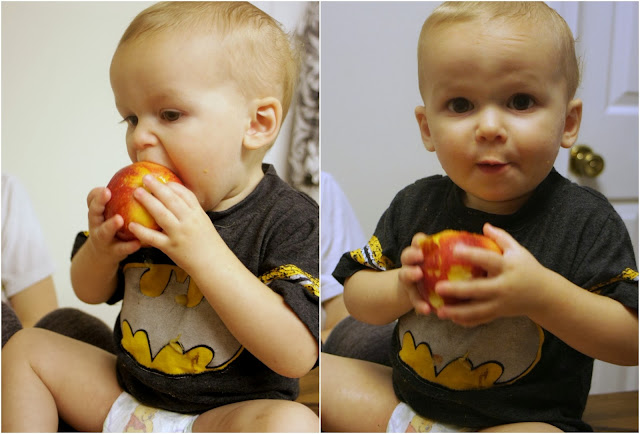 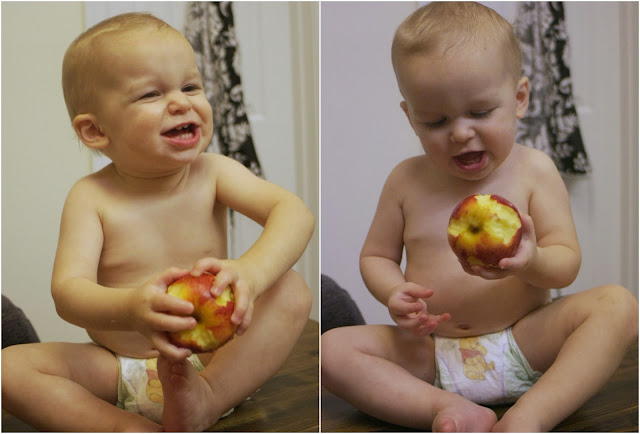 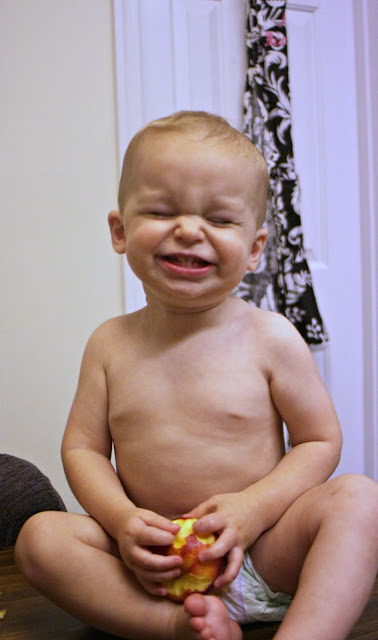 And I leave you with a photo of our Halloween costumes. We went with my sister and her family and we did an entire Mister Roger's theme. Gus was, of course, Daniel Tiger. Jared was Mr. McFeely the postman. And I was Lady Elaine. Ya know, the creepy old lady puppet who starred in many of our childhood nightmares. I toned down the creepy by having a much smaller schnoz and not frowning when I talked. Anyway, here's a picture our family before a long night of trick-or-treating and staying up late to eat most of August's candy. Hope your Halloween was happy and your kid's candy was delicious. 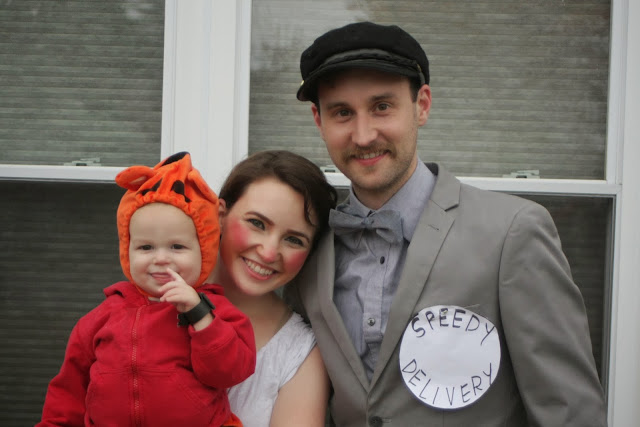