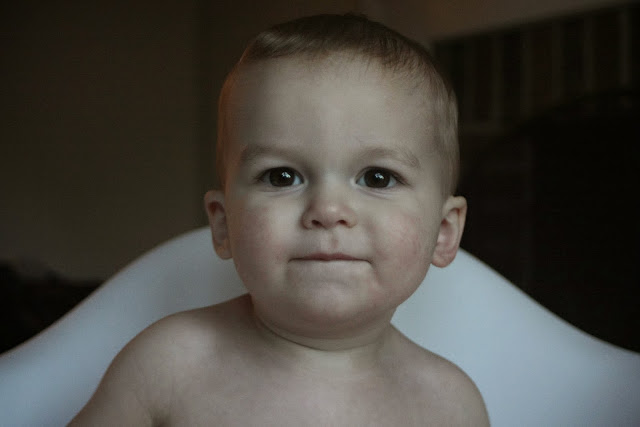 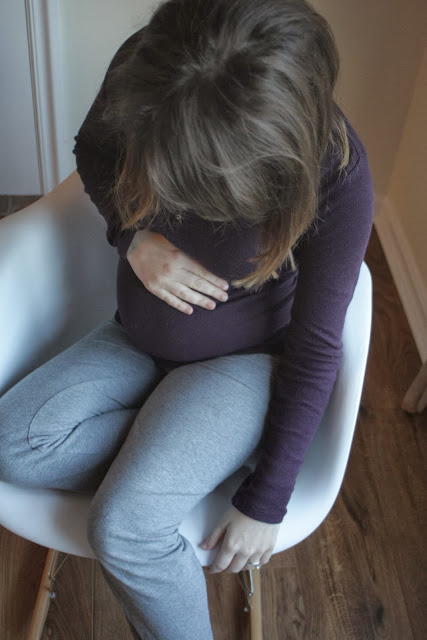 One thing I've learned at my old age of 26 is that time is fleeting. I've learned this from every woman to ever stop me in a grocery store to admire my baby and let me know not to blink. I've learned this from visiting my parents' house and feeling so nostalgic. I've learned this from walking down those stairs in my childhood home after putting my baby down for a nap in my old bedroom. It makes me feel so big and small, so old and young, so knowledgable and so naive, all at the same time.
But mostly, I've learned this from just this past year of parenthood. At the beginning of last year I had a tiny little baby who didn't sleep through the night, didn't eat foods, didn't walk, barely crawled. A tiny little helpless babe who needed me for everything. At the end of the year, that same baby ran around me in circles and independently played in the other room while I prepared lunch. And all those weeks that I was preparing lunch in the other room, there he was just a-growin'. And there I was spreading peanut butter on bread. Being a mom in the most present way I know how.
Well at the end of the year, I rummaged through some photos of months past to possibly make a blog post of our year. And that's when I saw that little chubby, roly-poly baby transform into this slim & tall toddler. And between heartache and heartthrobs, I decided not to make a post about the year past. I decided to make a post about the year present.
2014 brings a lot of joy with a new baby and a new big brother and new parents of two. I've been reading a few blogs this past year that have done this portrait project for 2013, and I thought I'd like to be in that number for 2014.
This year I will take a portrait of my children. Once a week. Every week. For the entire year. (For the first 6 months of so, I will be in the photo since this second baby is housed very comfy in my belly.)
This will ensure that at least for a day out of every week, I pause and see just exactly how much my babies are growing.
It will also ensure that I get a good cry at the end of 2014. Isn't that what it is all about.