On Winter and More 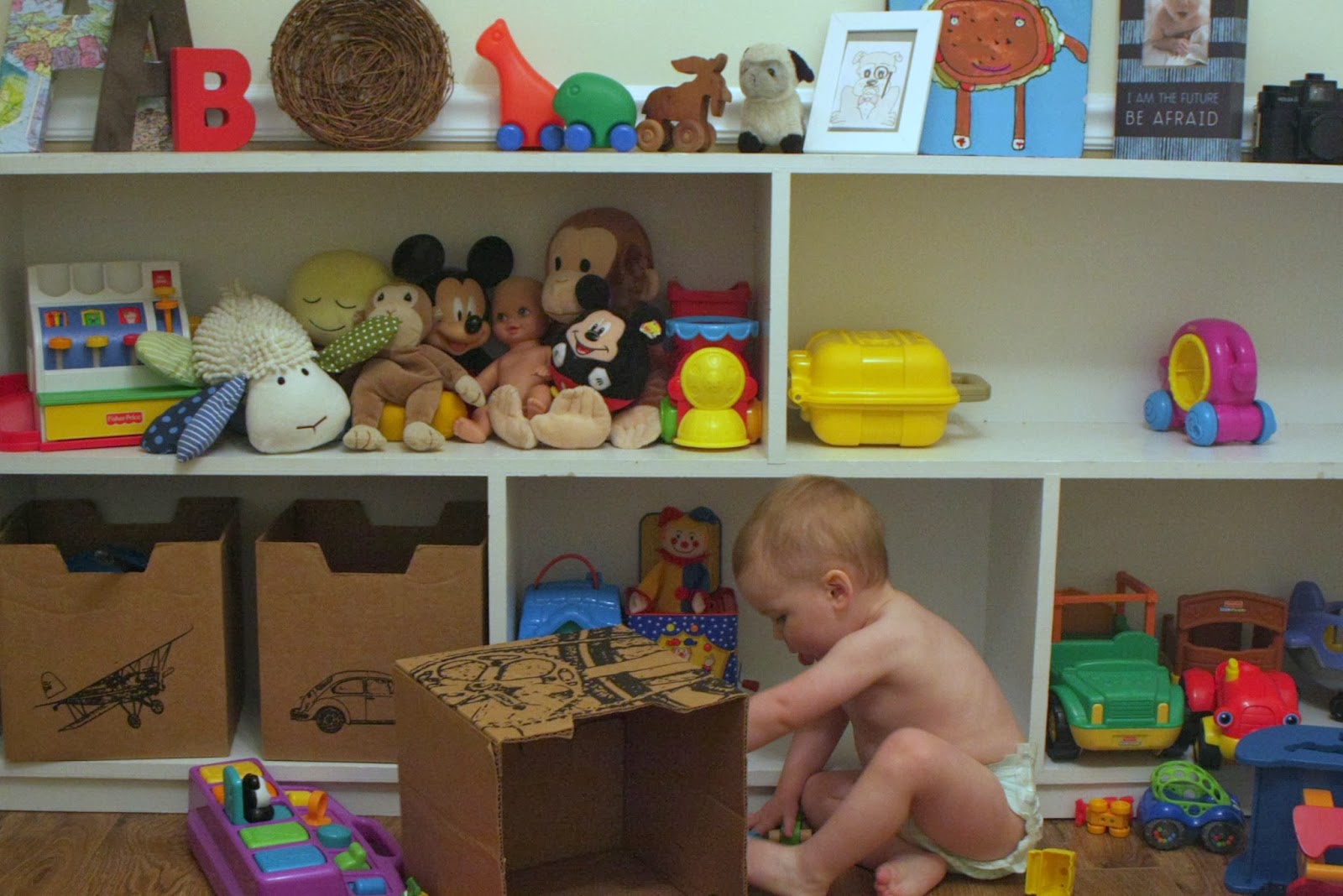 Last winter, August was just an adorable roly-poly six month old on a pretty tight schedule. Between nursing and diaper changes and naps, there wasn't much time for anything else. Except for maybe the prayers of a snow day so that I'd have the company of my husband to watch marathons of Parks and Rec. All in all, winter 2013 was a slow silly season that seemed to make everything a little more gray and a lot more quiet. Don't get me wrong, I enjoyed that little butterball of a baby and I think back on those times fondly. But I also remember how I trudged around in pajamas until late in the day. And used an embarrassing amount of dry shampoo. 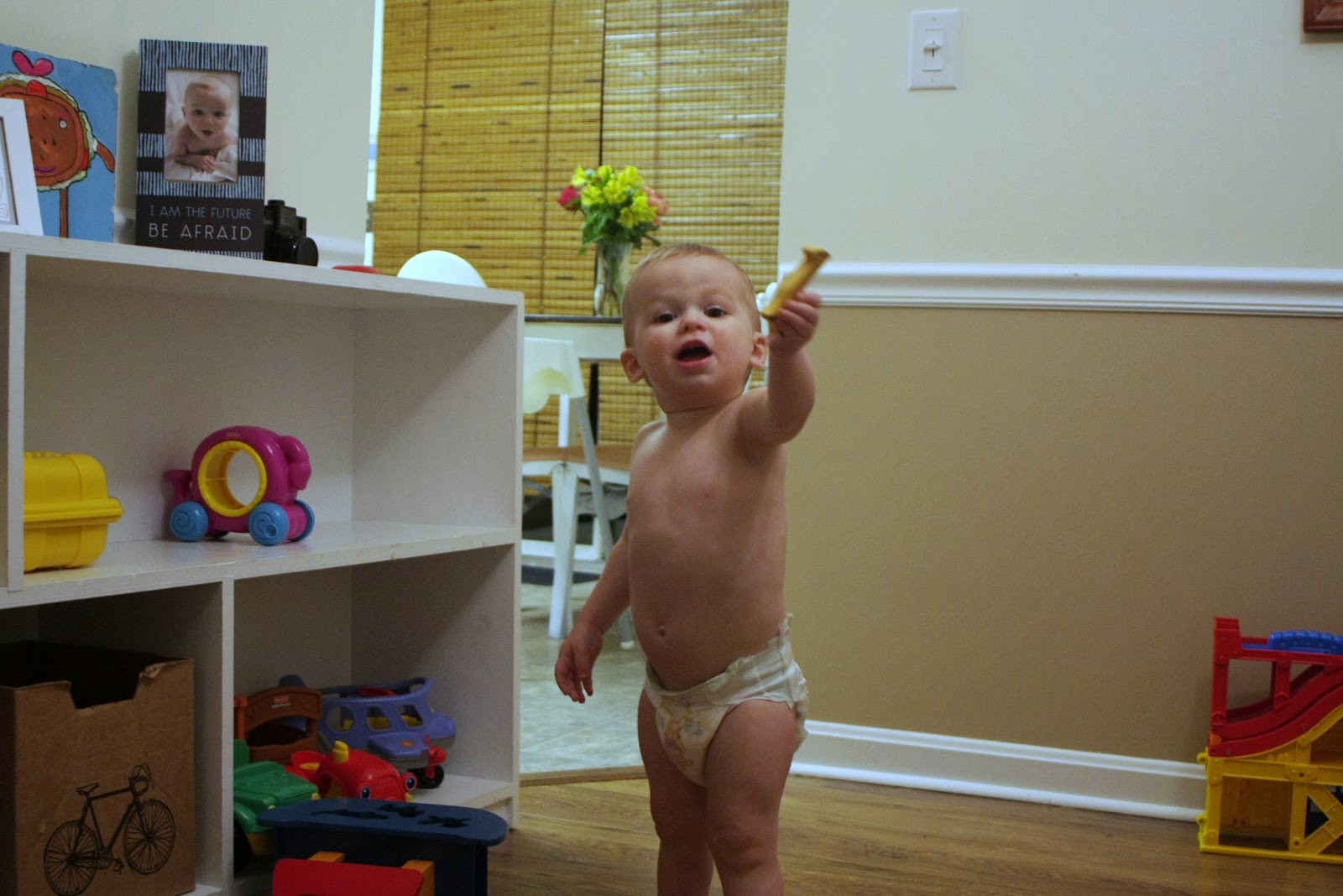 I kind of expected this winter to be the same, possibly worse. Being pregnant with a toddler in the cold long day of a Virginia winter had me convinced. But winter with a toddler is a lot more fun than I had anticipated. August is full of life, energy and curiosity. And independence! He makes up games in his playroom while I clean. And occasionally he invites me to join him by bringing me a toy car and running in the direction of the playroom, looking behind him to make sure I got the message. I am hard pressed to feel gloomy and gray this winter, what with my little explorer gasping and letting out his most sincere "wow" at how wonderful it all is to be indoors in just a diaper when just out the window it is a mere three degrees. He keeps happy and I keep getting dressed and washing my hair. Because even in the dead of winter, he is my spring flowers and my summer sun.


A little August story and so many pictures 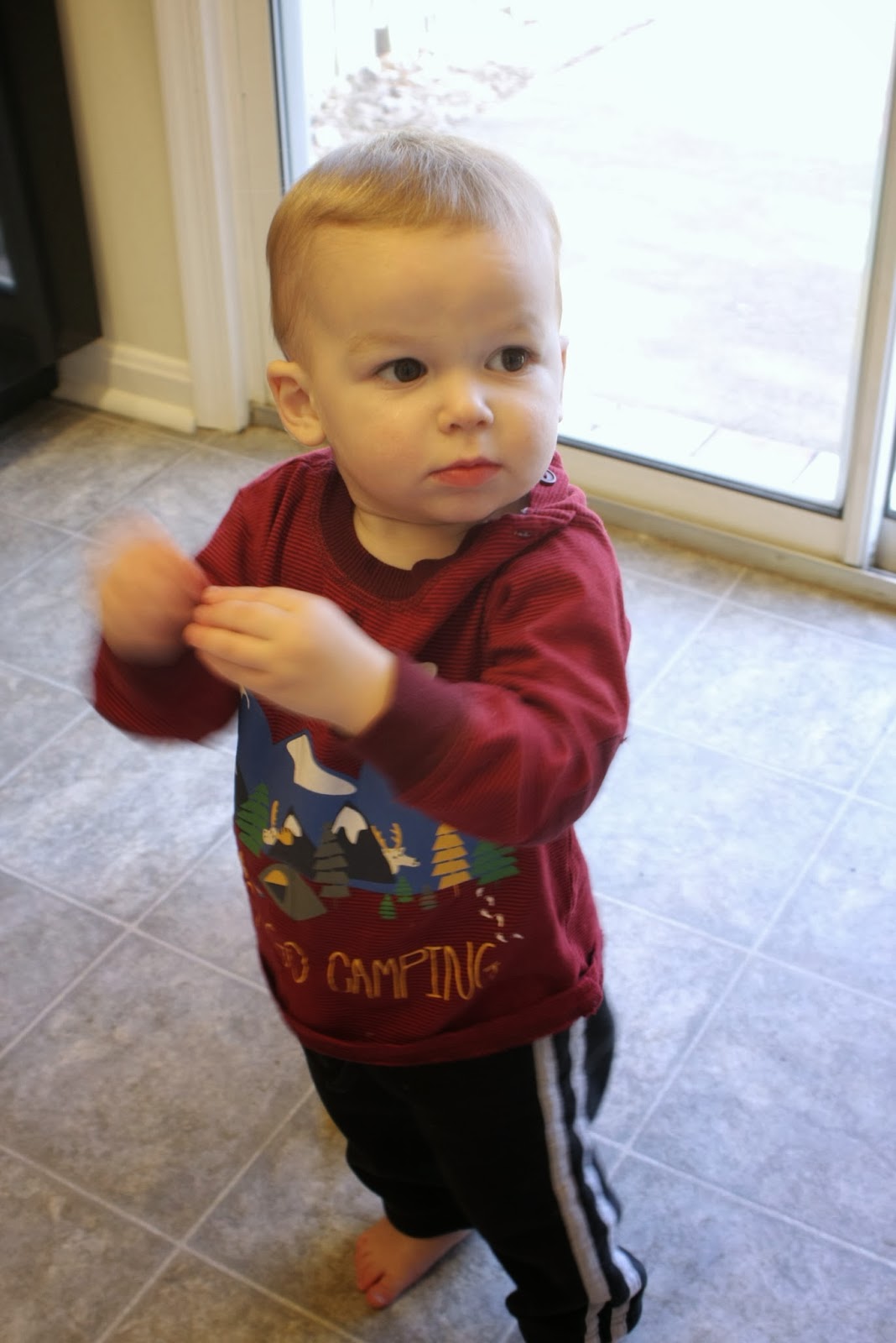 I've been teaching August the sign for "more" since he was eight months old. Occasionally, he would use it correctly, but to be honest it was so occasional that I think it was just coincidence. This brings us to the other day, when I was making his lunch and he was doing is usual pointing and clapping and arm waving of excitement at a banana, and I said (and signed) "you want more banana?" I was completely shocked when he stopped what he was doing, watched my hands closely, then he slowly took his little closed hands, furrowed his brow at his fingers, and signed more. Just like that.
I cheered and kissed him and of course gave him more bananas. And he clapped and shoved it into his cheeks like a chipmunk and signed more again. And now it is all he says. 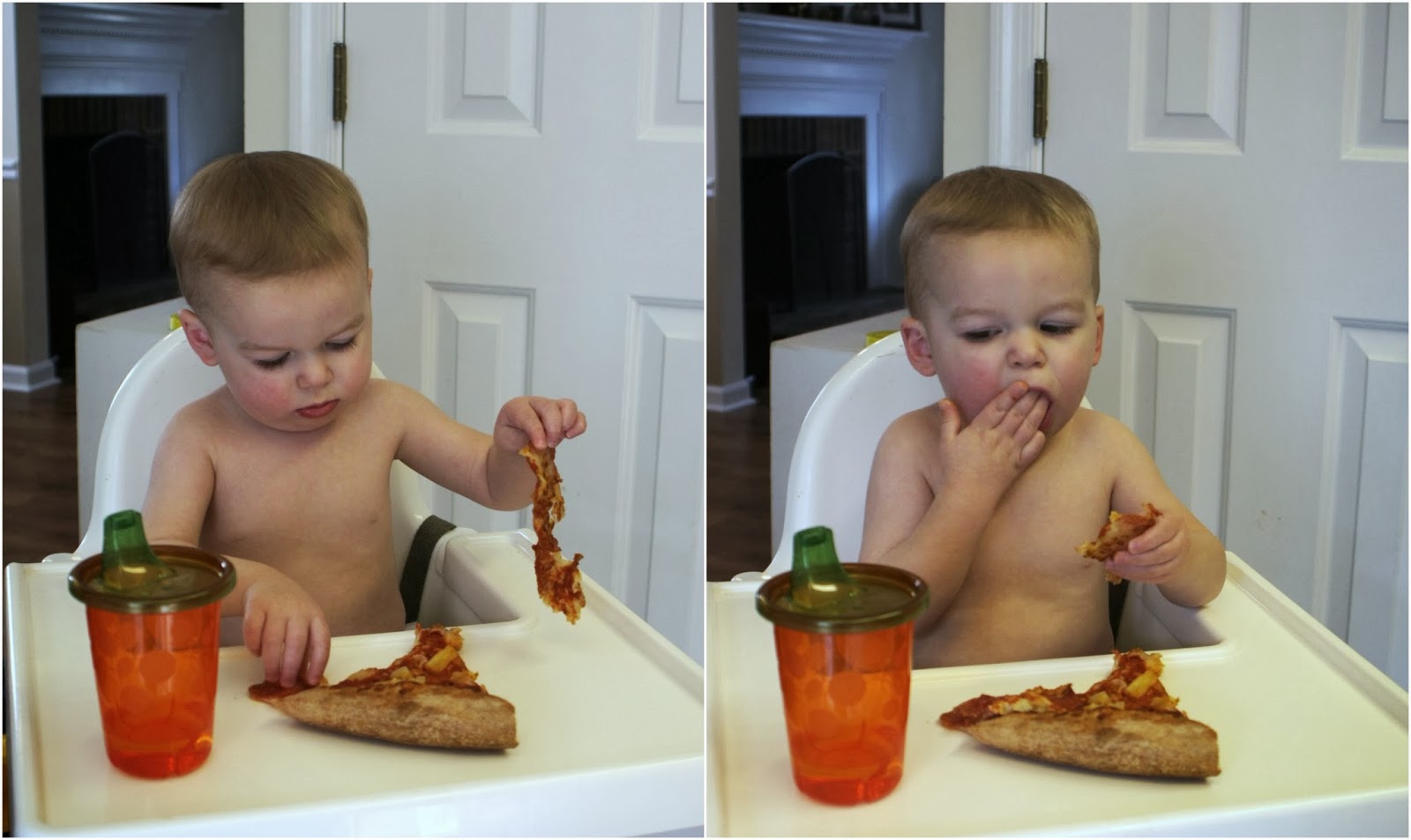 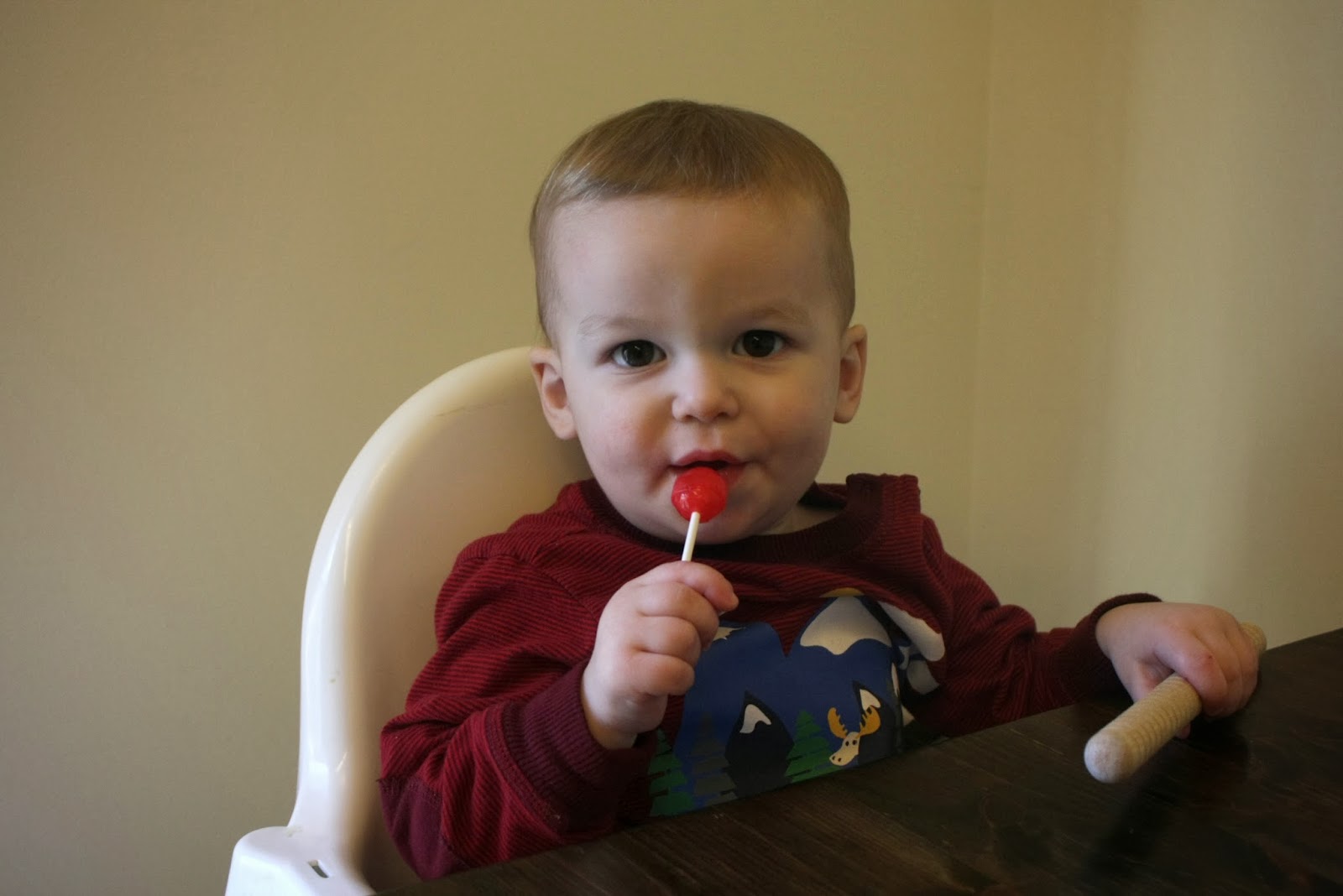 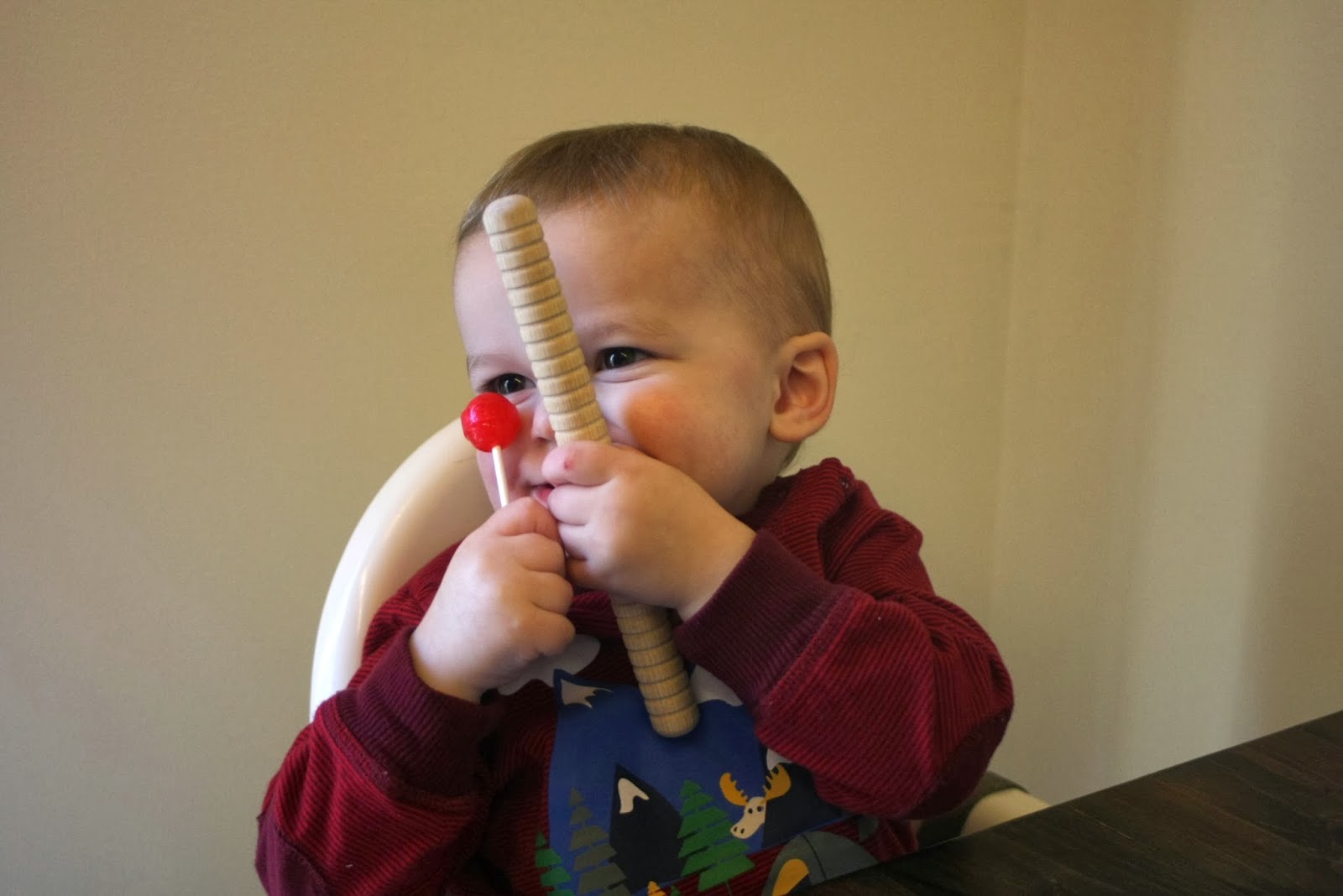 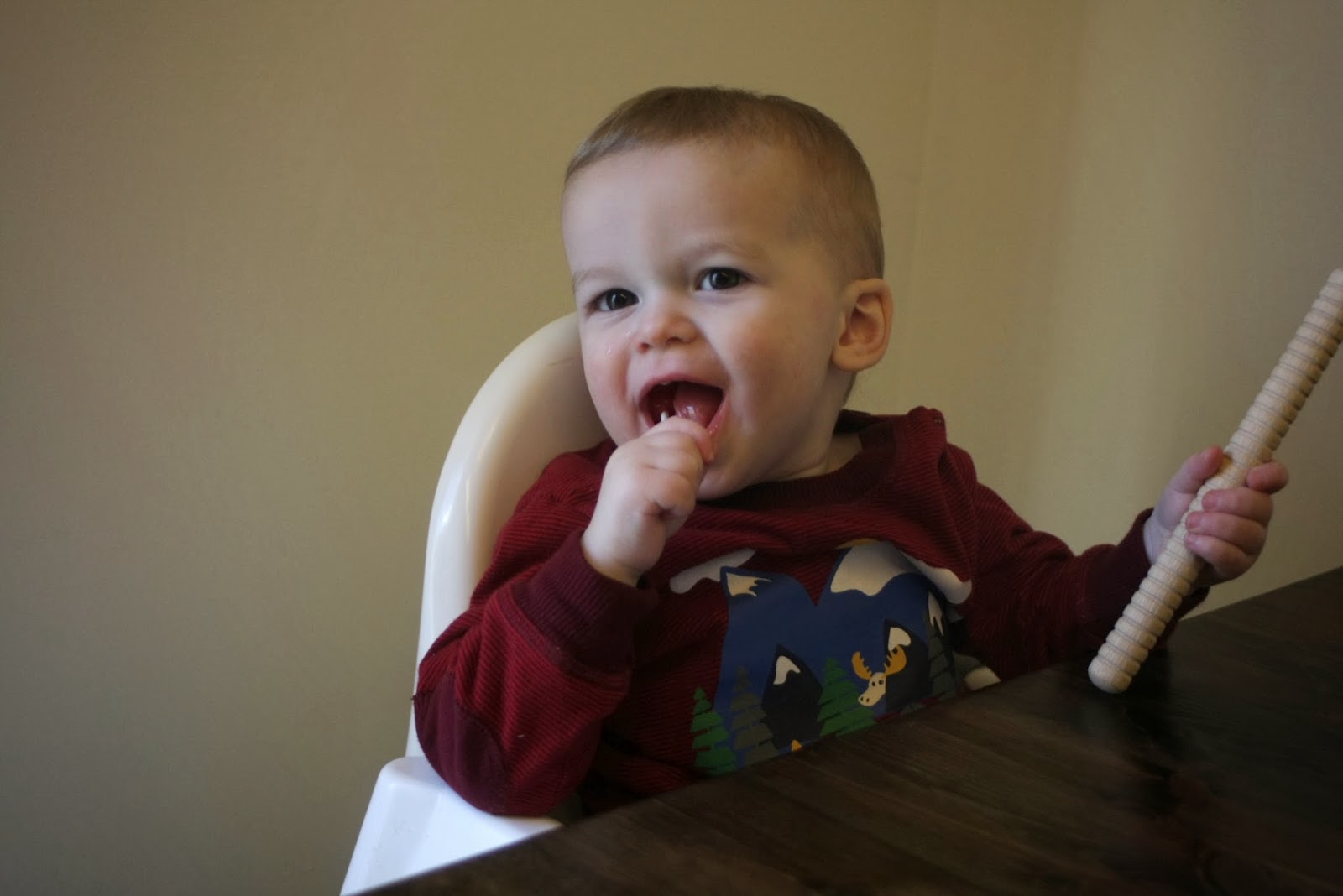 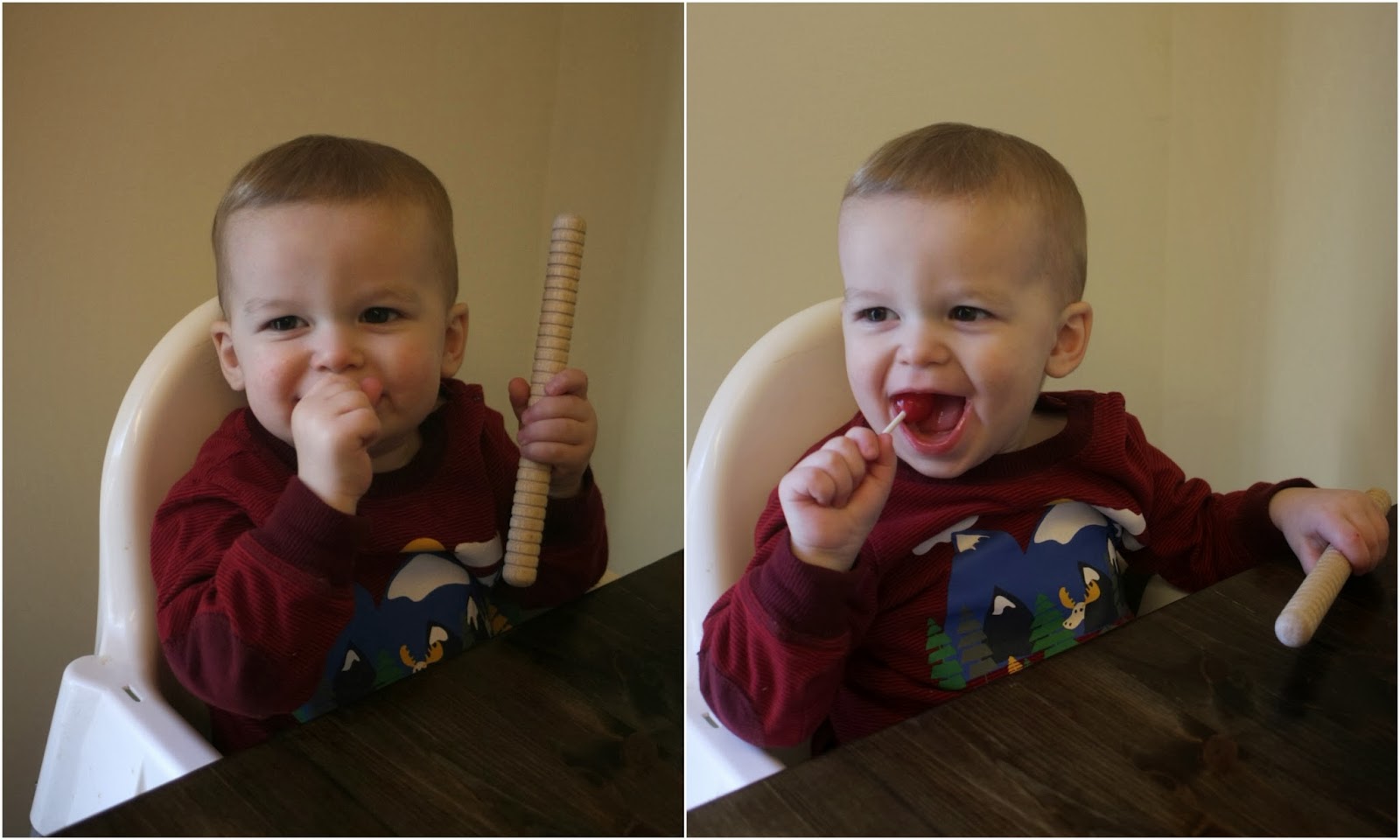 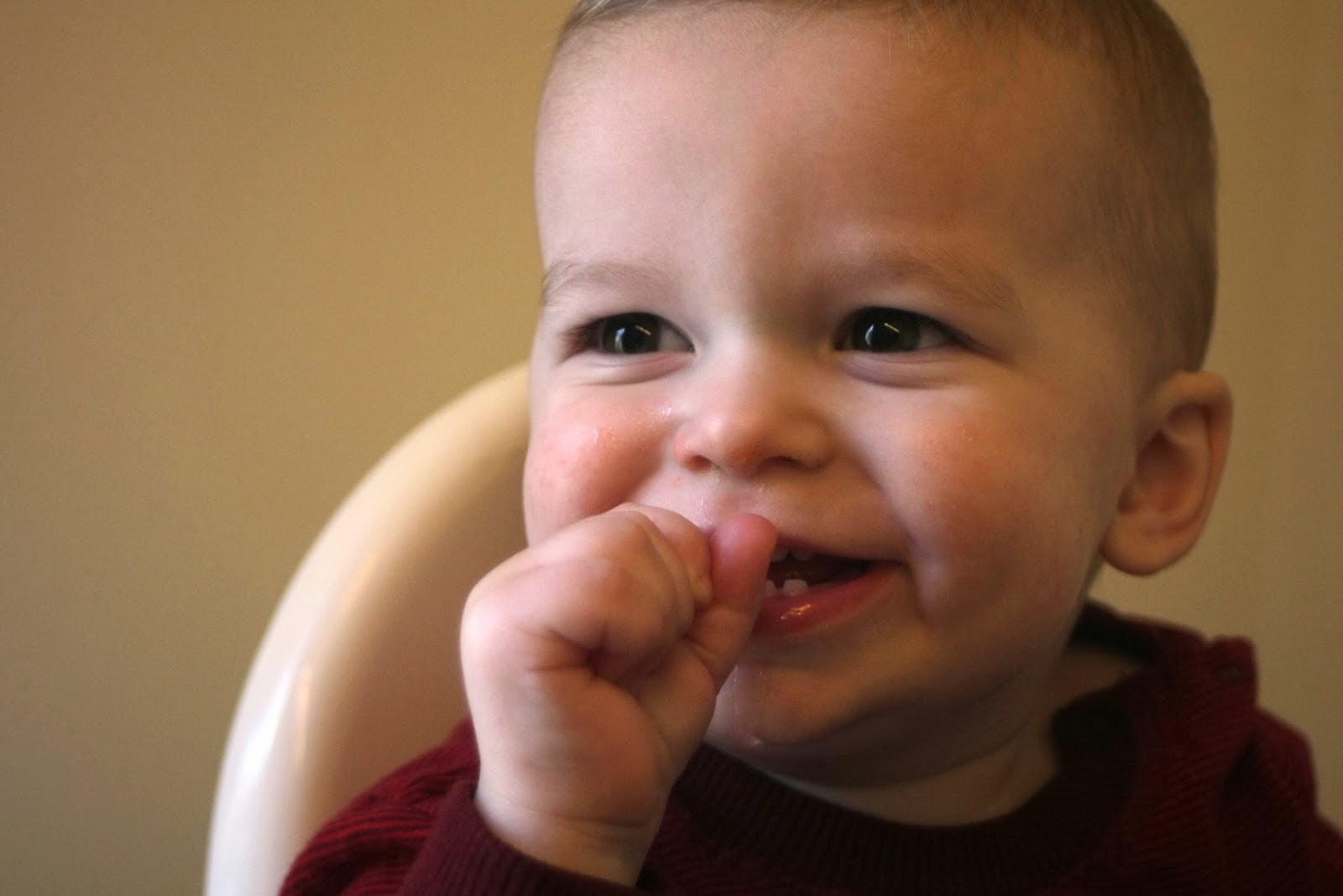 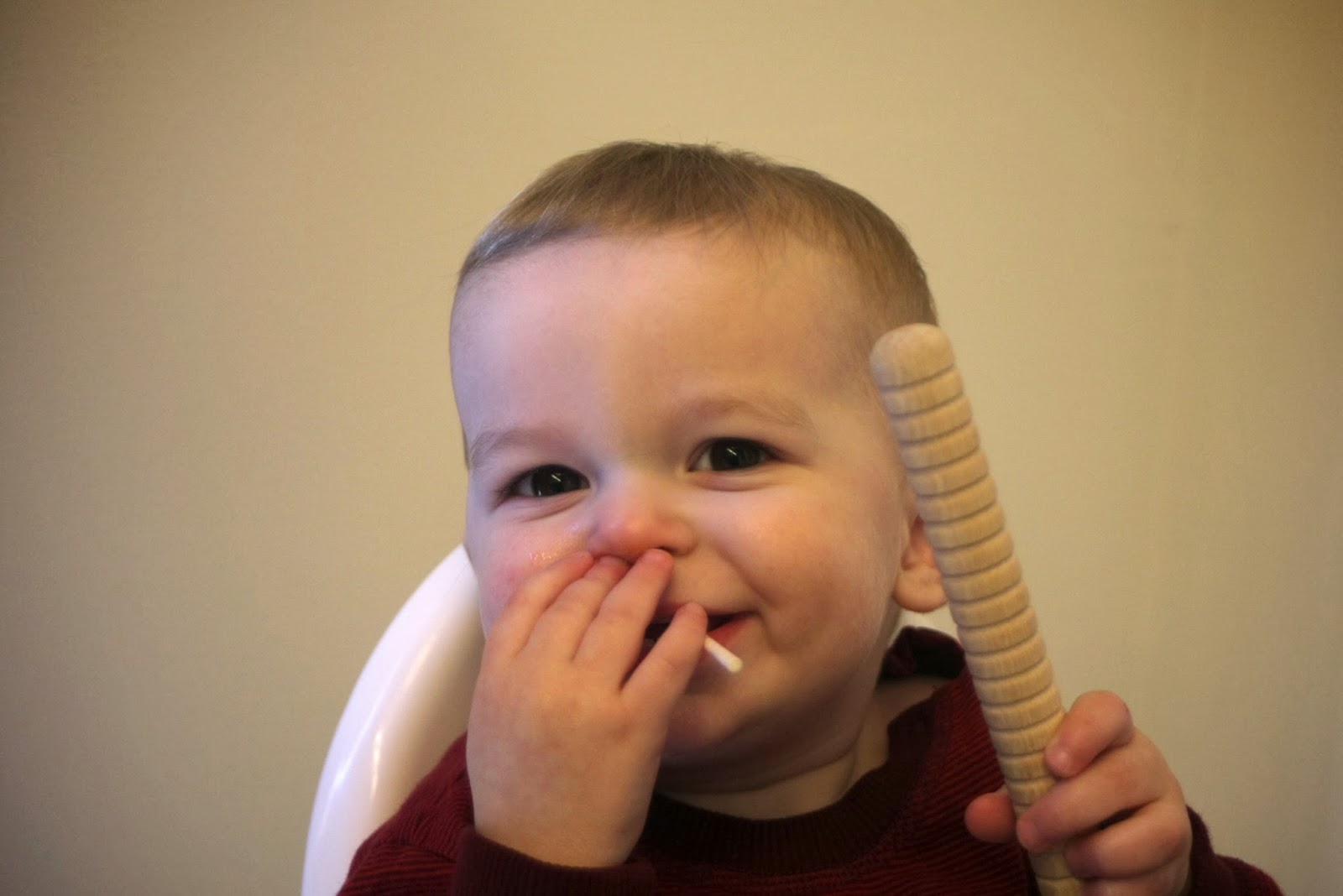 And now that we are all up to speed on August's new way of communicating, here's the little story I want to share with you/keep on this online journal of sorts so as to never forget.
About a week ago, August and I were sitting at the table having breakfast as Jared was preparing to leave for work. He kissed me and then kissed Gus and told us goodbye and he was out the door when August leaned as far as he could in his highchair to look for his father. And with his big pouty lip and pink heavy cheeks, he looked back at me and pointed to the closed door and signed more. 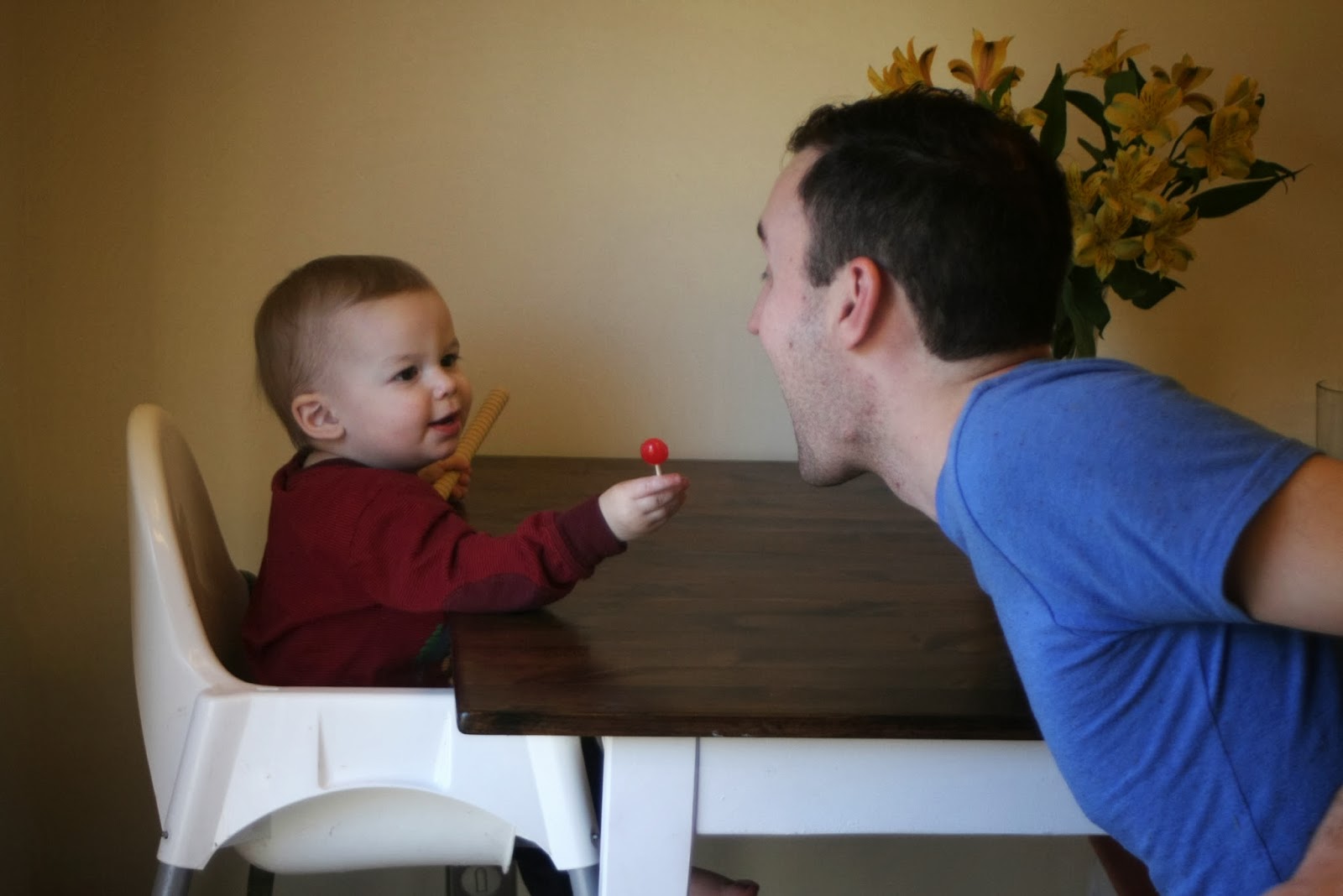 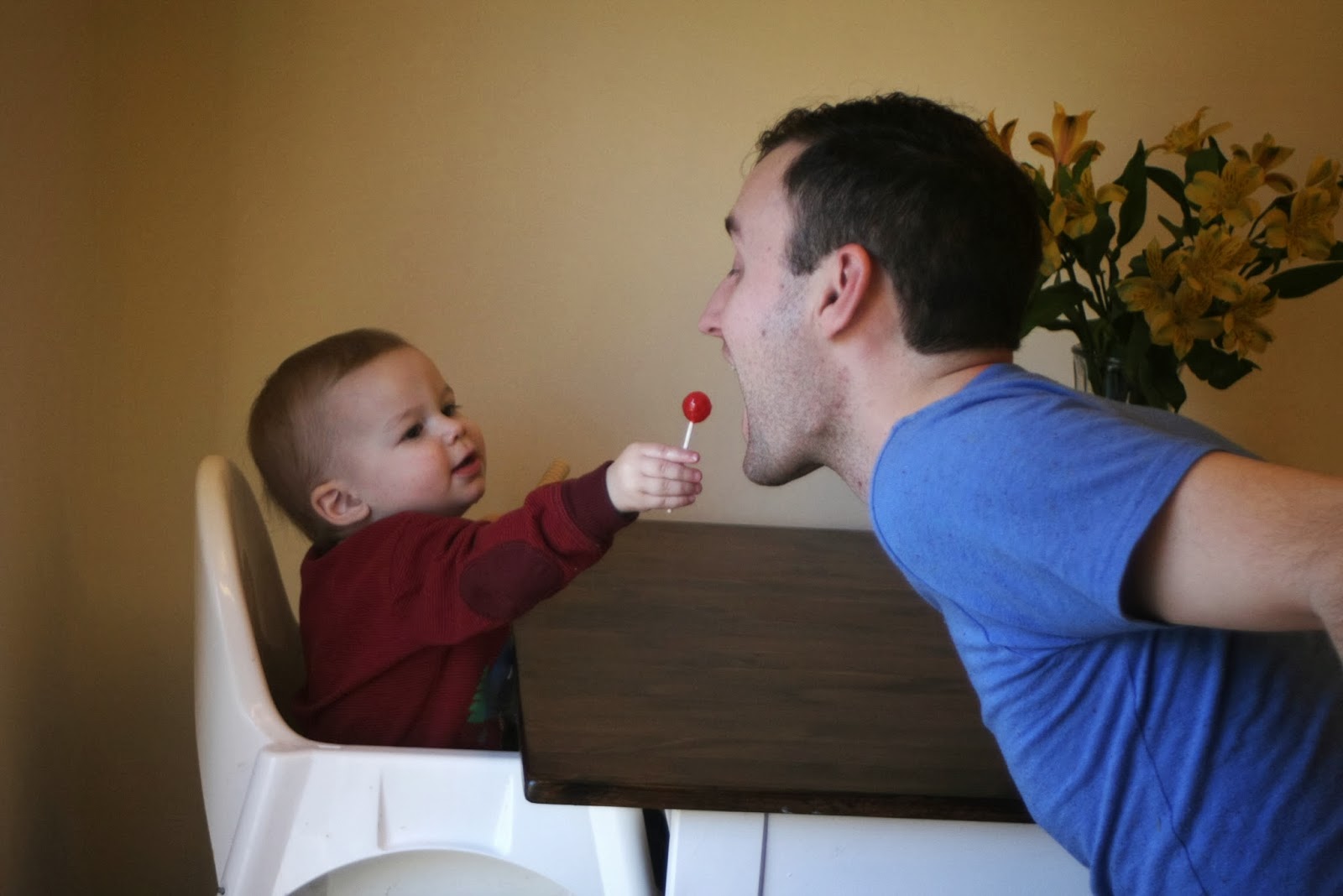 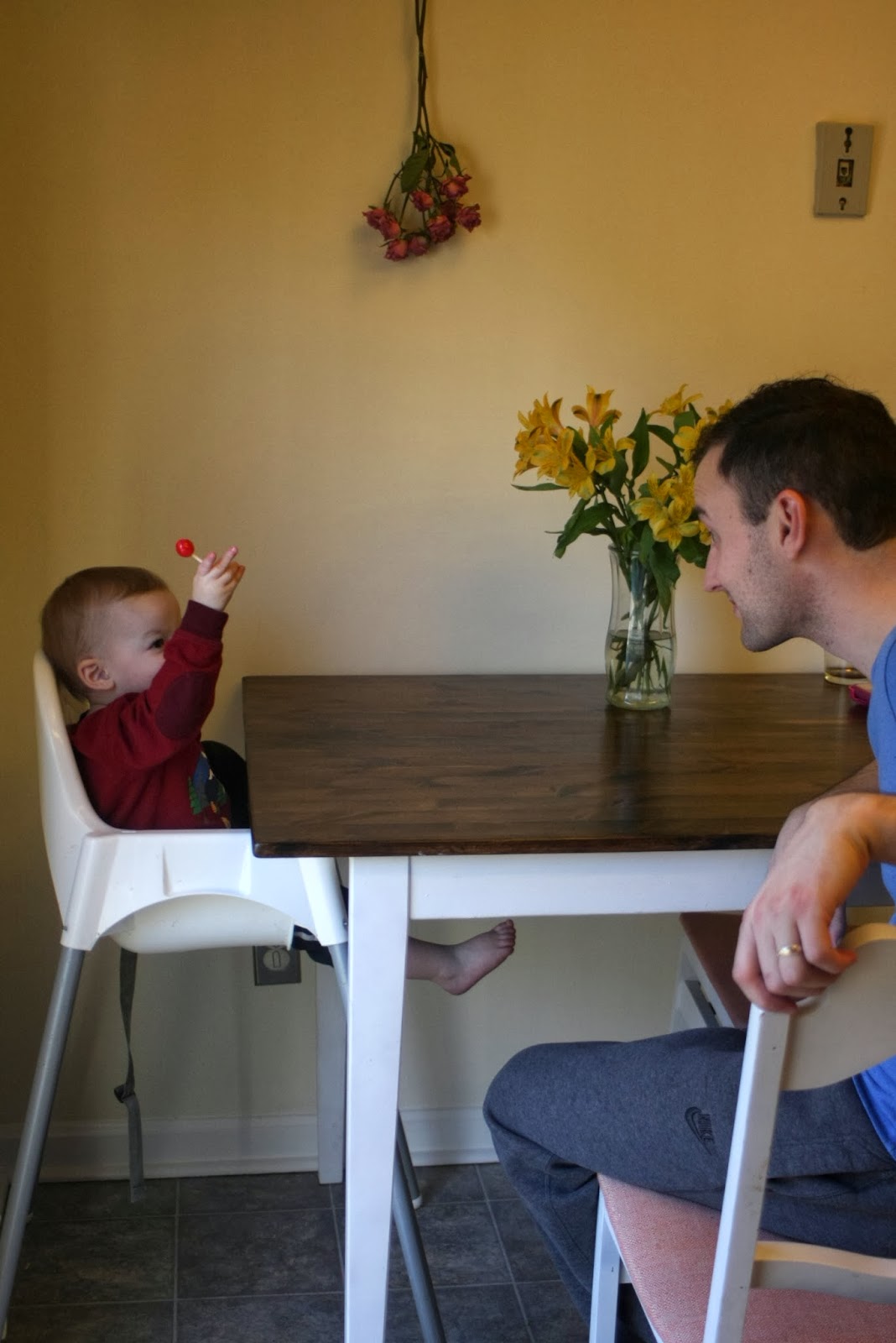