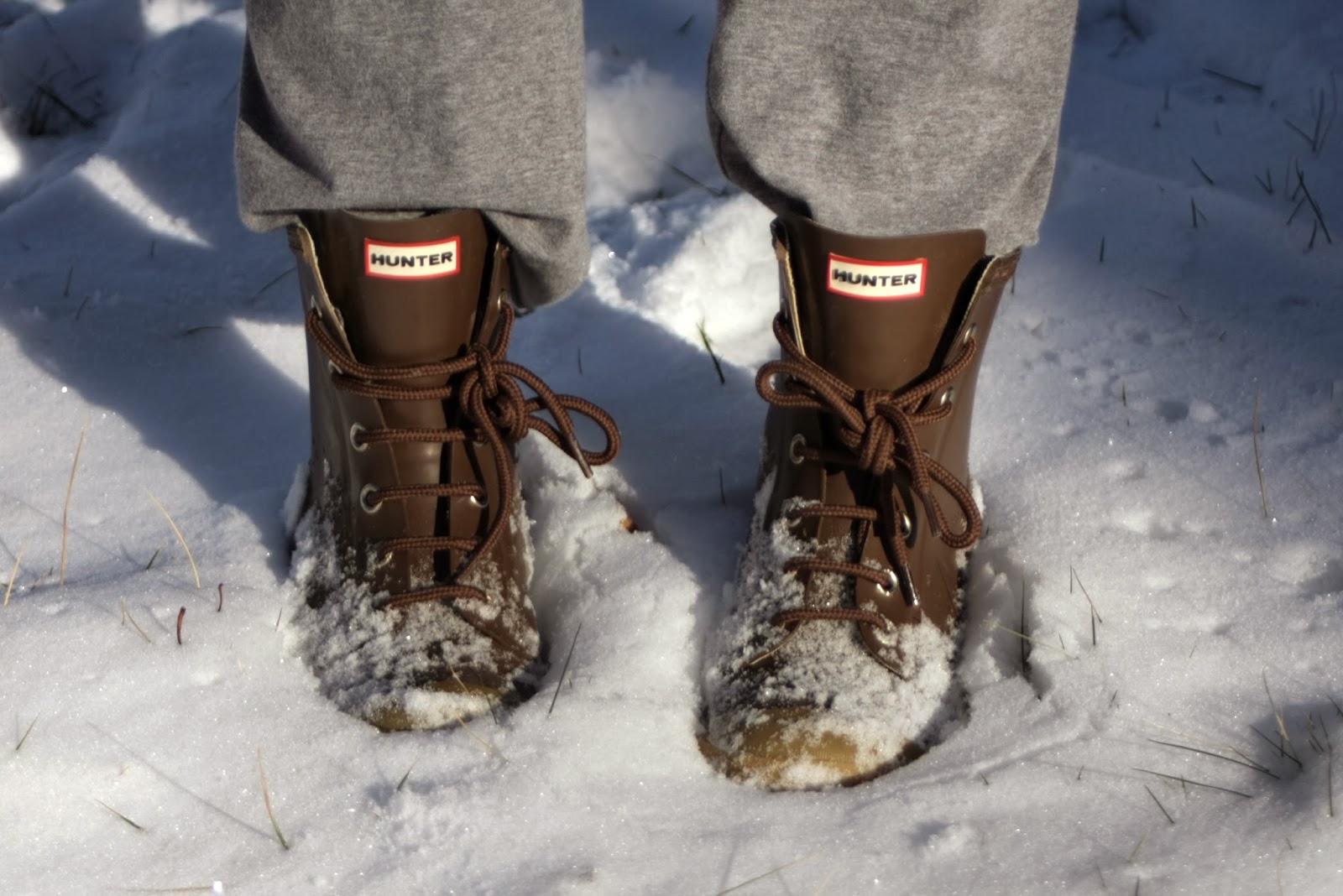 August and I were laying lazy on the couch when it started snowing. He noticed it first. He lifted his head, pointed out the window, and I watched his eyes widen and his little face slowly light up and his hands start clap clap clapping and signing more more more. I didn't even have to look to know it was snow. Thanks to Facebook that tells me days in advance what to expect when it comes to the weather. Snow happens to be a topic that people go wild for. August is in that number.
August spent the afternoon watching out the windows, while I played a little game that my mom and sisters and I made up called "pitch it". It's a simple concept, really. You look in your pantry or fridge and the things that need pitching get pitched. I will say this, it is much more fun when there's someone there to yell and cheer "pitch it" with you. August wasn't a game-player this time around; he just sort of blinked at me and kept pointing outside, signing "more".
I sound like an awfully boring mom, cleaning out cabinets while it is, hello! snowing! I know. And I bet if you are one of August's grandparents reading this you are just thinking "that poor baby, TAKE HIM OUTSIDE". Don't you worry, I had plans. But my plans involved a very important leading player: Daddy! Also known as the one who isn't pregnant and can be much more on top of the inevitable snow face plants.
As soon as Jared came home, we bundled up from head to toe and headed outside much to August's delight. Watching him slowly trudge through the snow with his little pink nose was just about the most magnificent thing. It is true what they say about parenting not being easy, but oh boy! Moments like this one make it seem too easy. Too good, too wonderful, but at the same time just right. And that's really what that quiet 15 minutes out in the snow with my husband and baby felt like to me: just right. 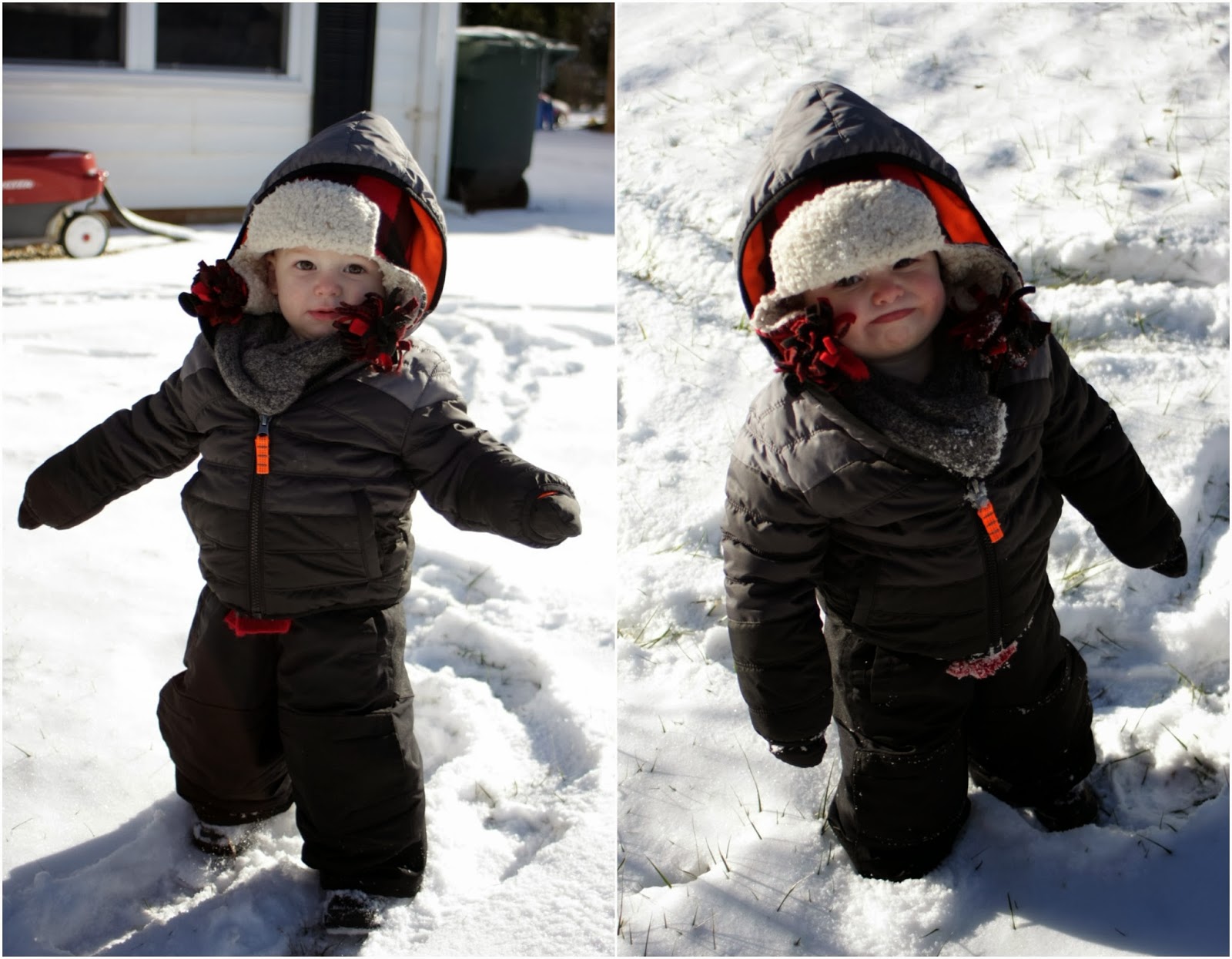 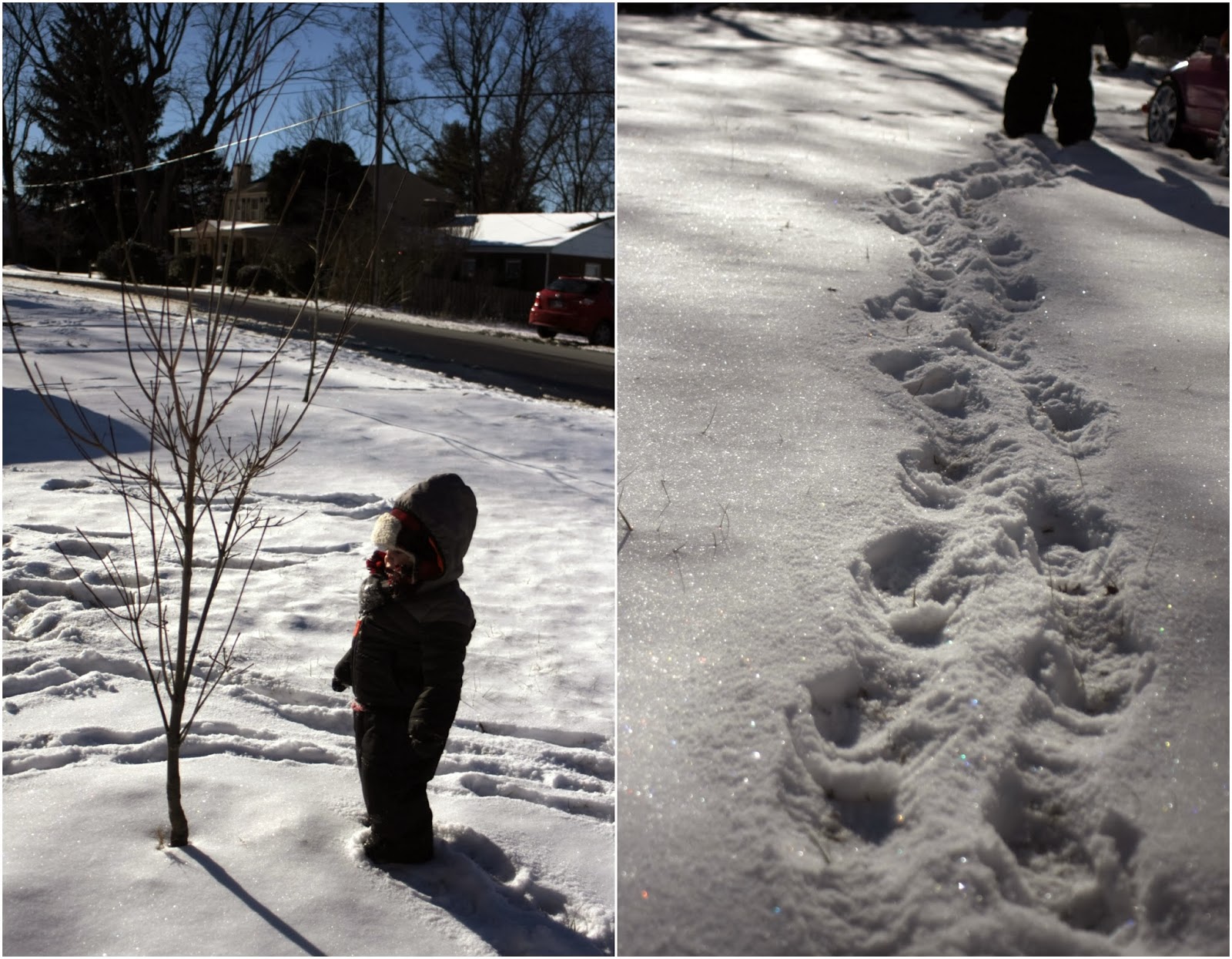 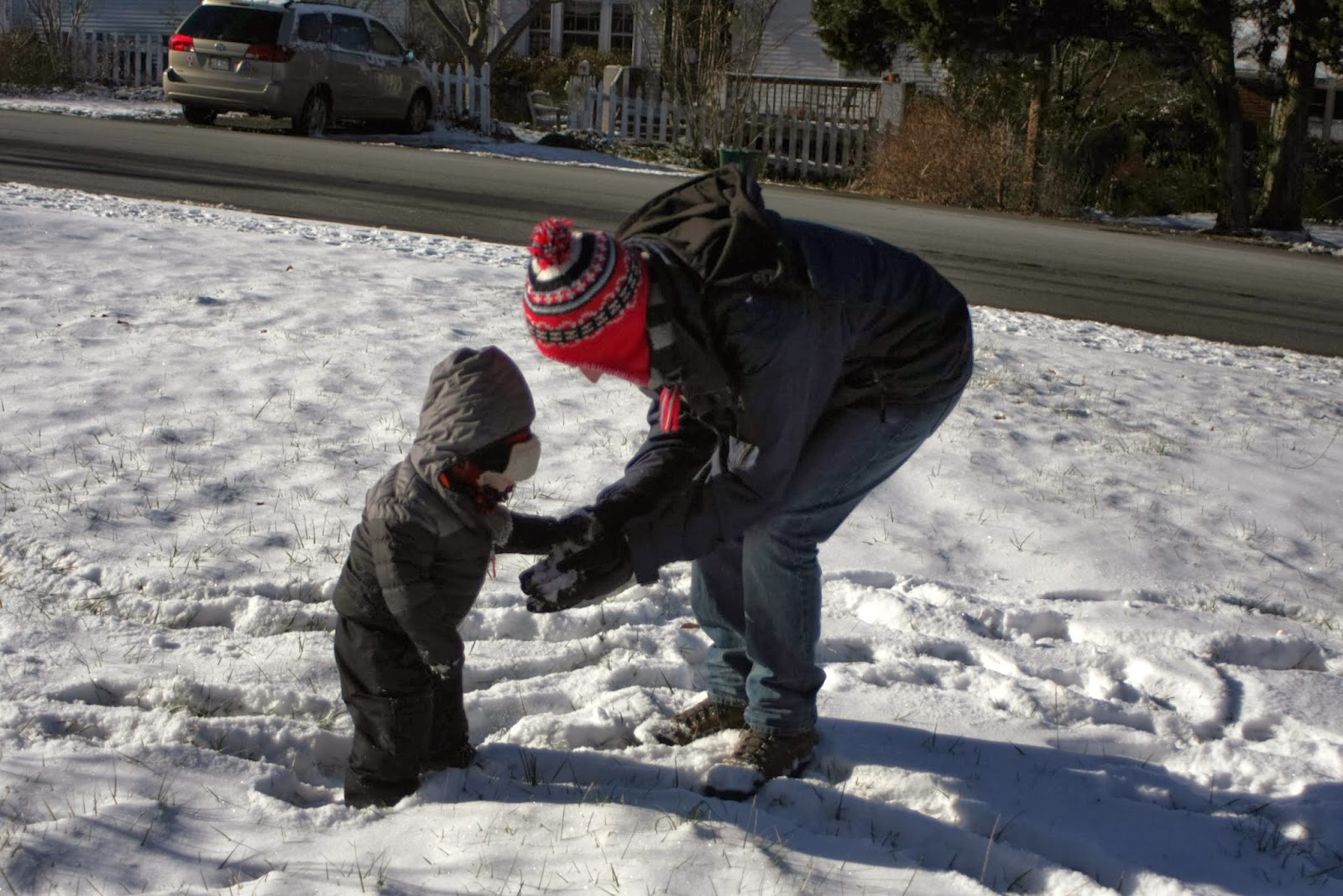 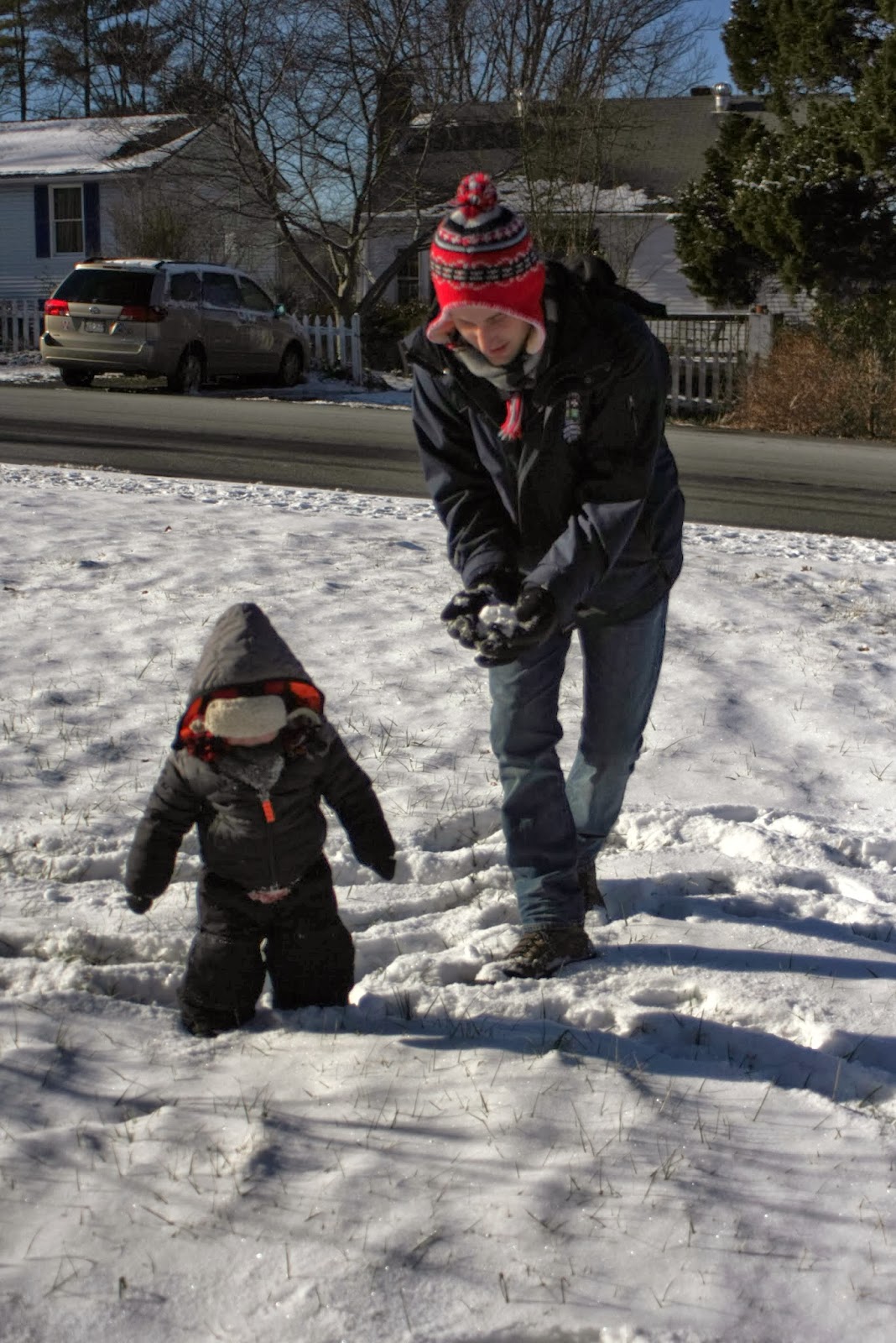 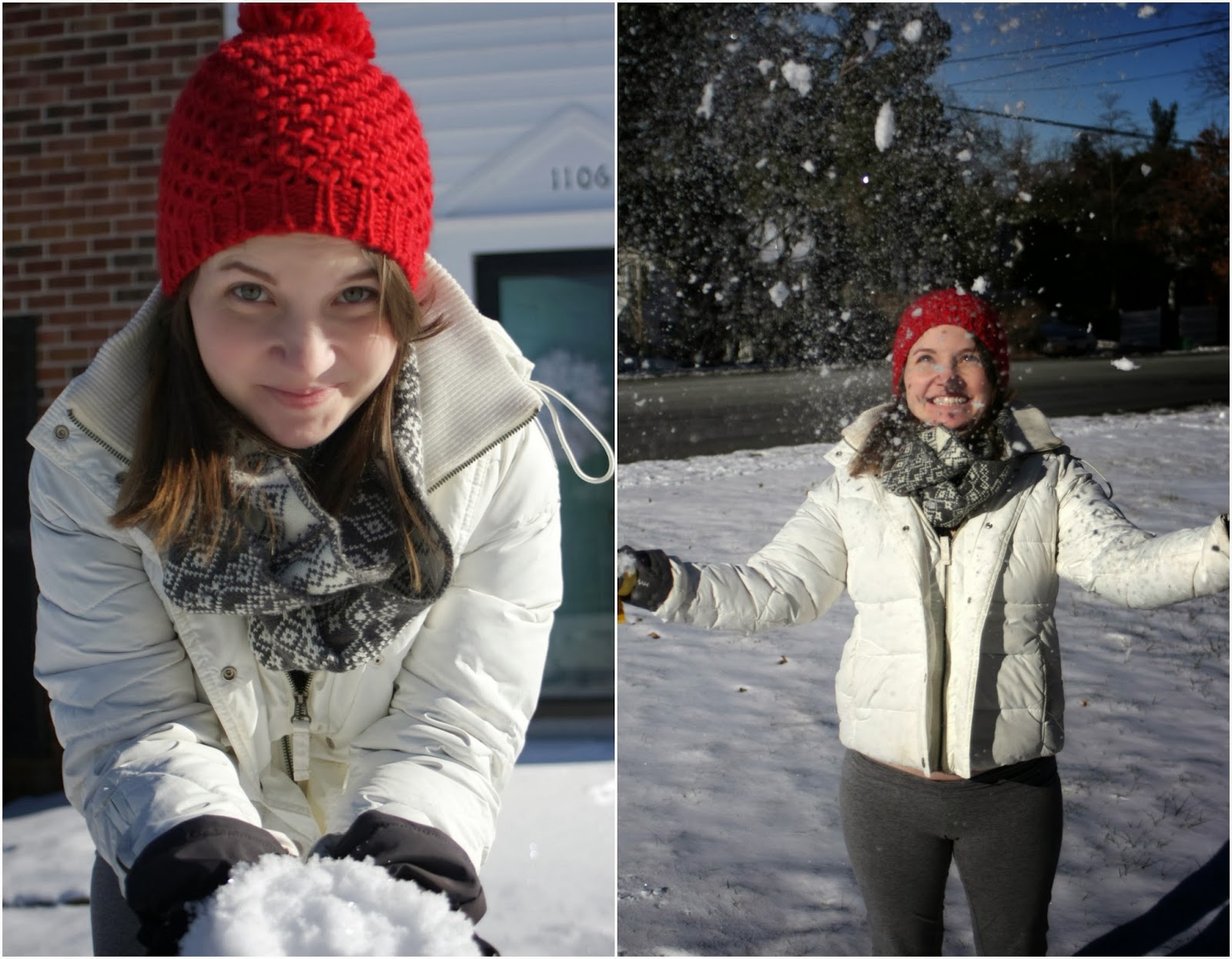 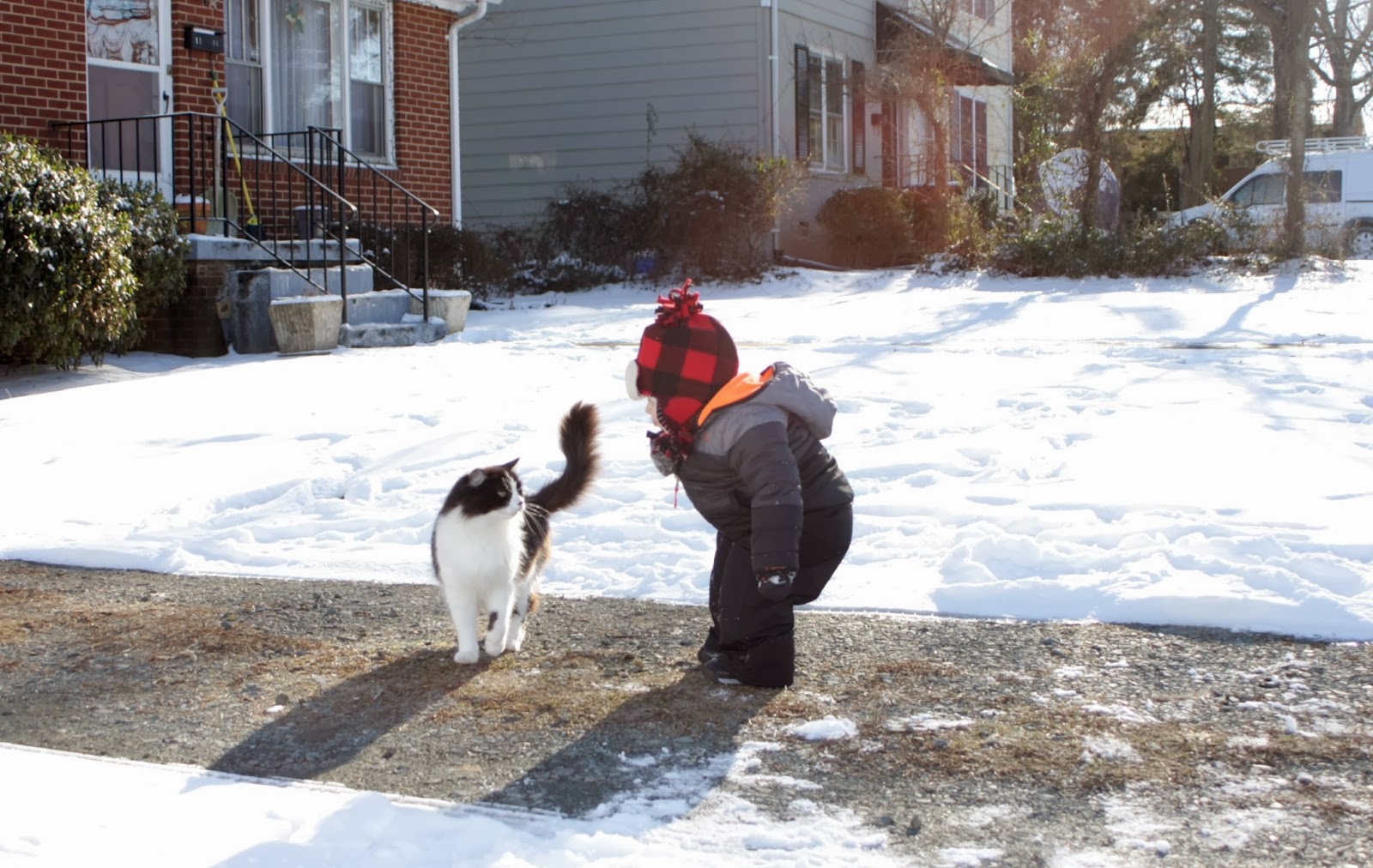 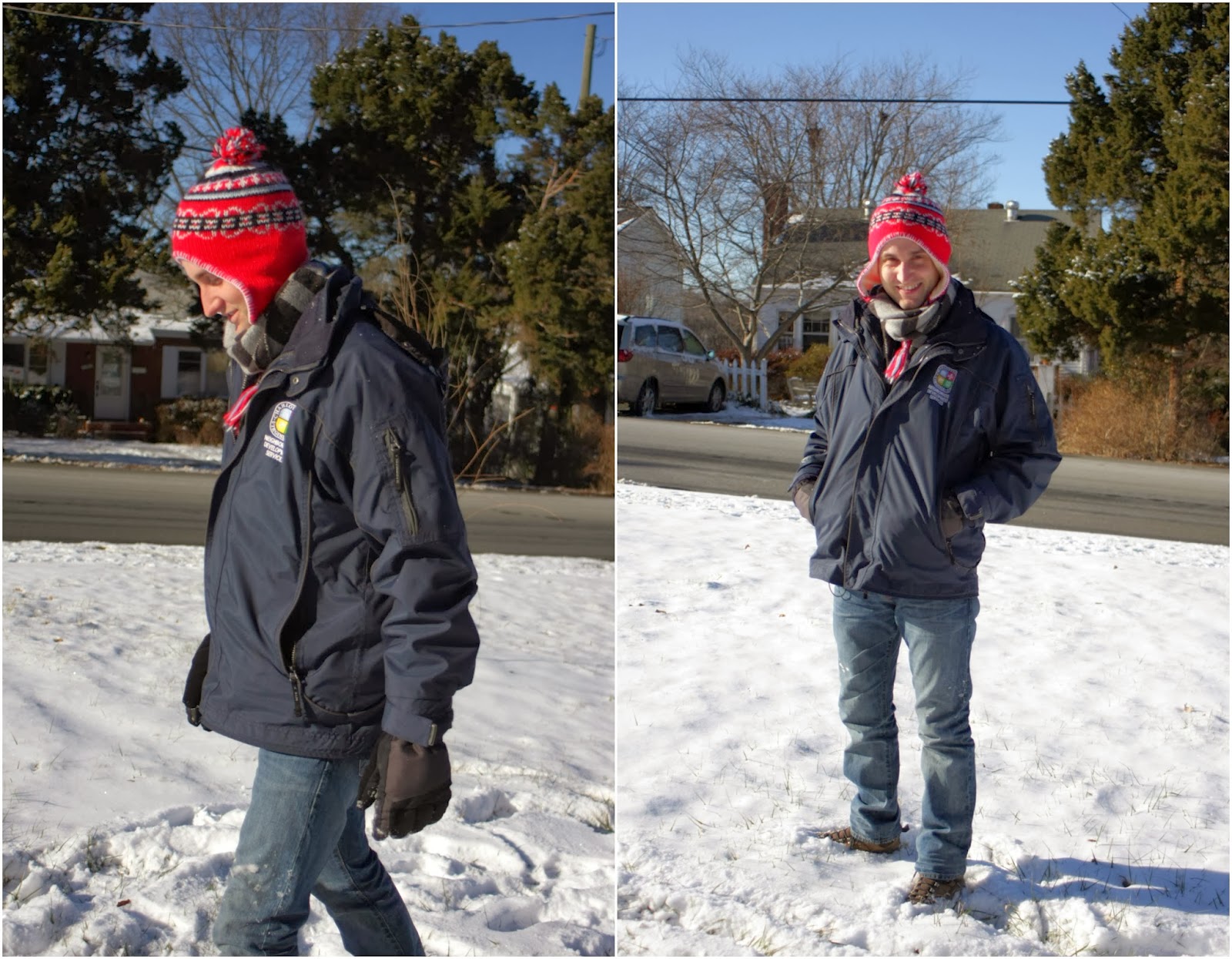 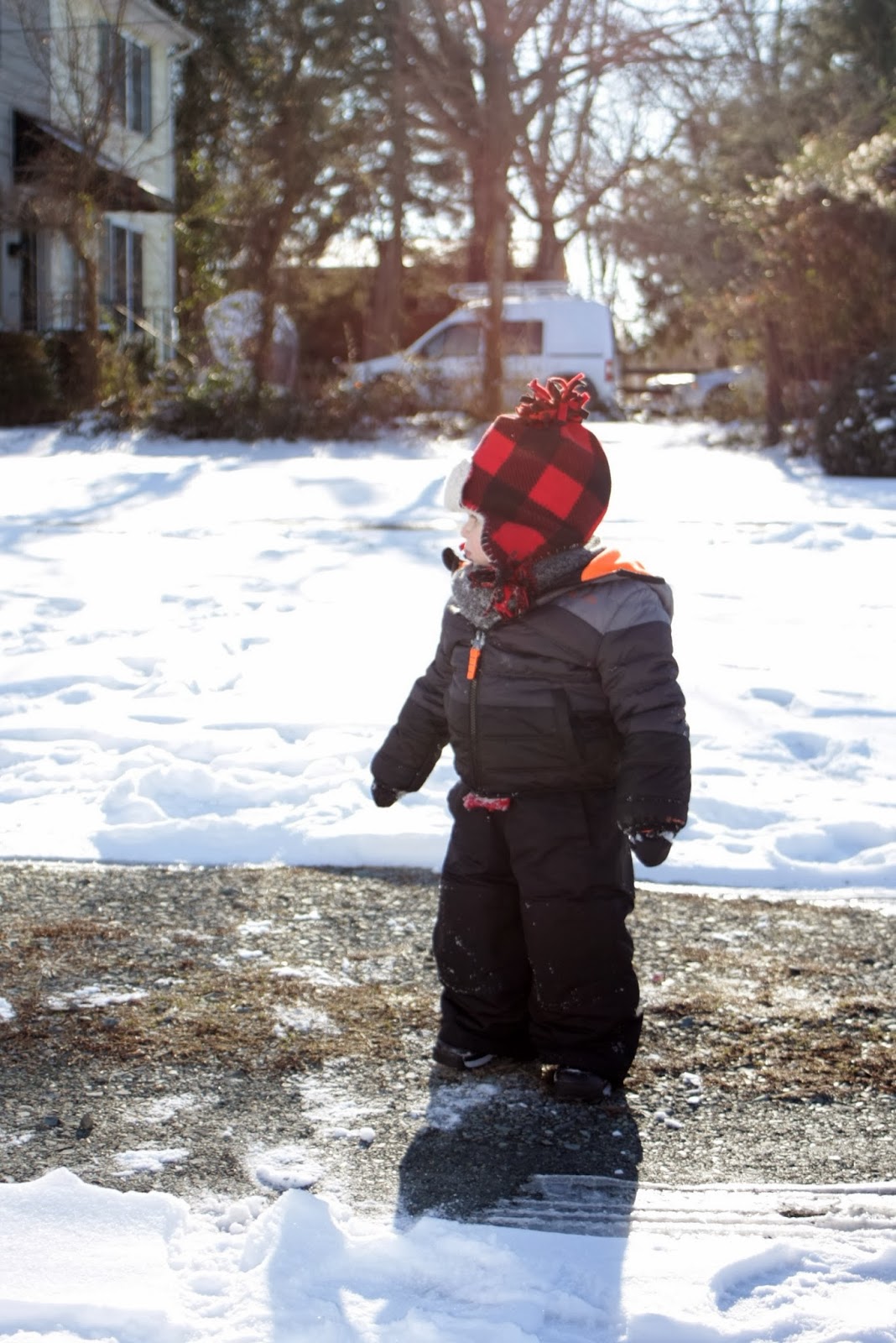