February 02, 2014
Jared here. You may have guessed that from the title of this post, but I promise you this has nothing - or, at least, very little - to do with football.

Three years ago (almost to the very minute) the most wonderful, darling woman I had ever met (and who, you may recall, I had only just met three months earlier) looked at me with the most...the most...well, just the most MOST face. It looked like she was going to cry, or scream, or maybe just explode. I asked her what was wrong, but she wouldn't say. I asked again, and still she wouldn't say. I pressed her to open up (I had gotten pretty good at that in those three short months) and finally she said:

Have you ever loved someone? I mean - really, truly, painfully, achingly loved someone? I hadn't.
I think the biggest surprise about falling in love is how it didn't take me off guard. Not in the least. It just slowly sidled up beside me, like we were riding two horses from different directions far, far apart. One day she appeared as a speck on the horizon, and, little by little, she got bigger and bigger and closer and closer until one day the rumps of our horses were touching. And there was love.
I apologize for the forced metaphor, but when I close my eyes and think about those days, that's exactly what I see: a desert landscape, only a vague sense of direction, and, seemingly out of nowhere, a beautiful companion who just happened to be going my way.
And so it was that, on one of our Sunday brunches, or another entire workday spent chatting online, or one weeknight walking her to her front door at 3:00 or 4:00 in the morning, I knew, I settled into the Fact: I love this woman. It was about the fourth week of January 2011.

When my now brother-in-law, Matt, pursued my sister in college, his hesitance to say "I love you" made a strong impression on me. They dated for three years before becoming engaged, but (if memory serves) he only told her he loved her a few weeks before he proposed. I was only 12 when they started dating, but even then I was impacted by his great respect for the deep meaning of those three words, and I promised myself I would never speak them in vain.

When I knew I loved Jenna I knew I couldn't keep quiet for long.
I immediately set to devising various plans to make the telling as perfect and memorable as possible, but, for reasons I don't exactly remember anymore (but which likely had to do with a combination of fears: "perhaps she isn't ready to hear this; perhaps I'm getting ahead of myself - after all, it's only been three months; what if the moment just isn't perfect enough?") I just couldn't make it happen.

That Sunday (for it couldn't have been more than a week since I knew it was Love), Jenna and I went to the Super Bowl party at our church. If you know our church you probably know that few people (if any at that time) were interested in the game, so the party pretty quickly devolved into a Puppy Bowl party, with only eight or nine of us remaining by nine. By about 9:30 it was just Jenna and me. We turned off the tv and talked for a long time, neither of us ready to leave, both of us holding back something from the other.
I remember that our conversation didn't seem to flow quite so freely that evening. After a good deal more silence than we were used to having between us, we got up to leave (we had driven to the church separately). We stood in the basement of the church holding one another (we weren't quite to the point of saying goodbye - to this day we put that moment off as long as possible), when I looked down and saw that look on her face...

Did I mention that there are a million ways to avoid saying "I love you" while still managing to say it? In the week or so leading up to the Super Bowl, Jenna and I used every last one of them. Most of them were some form of "I really, really, really, really, really, really like you." Or even (we started this one earlier in the morning on Super Bowl Sunday) "if I married a girl in Charlottesville I'd want her to have green eyes..."
It's pretty transparent now that I'm seeing it on the screen.

That girl with the big green eyes that were seconds away from bursting into tears, when pressed - "what's the matter?"- said these four words: "I just love you."

If falling is love is a rider on a horse slowly approaching from a great distance, hearing the one you love telling you she loves you is someone strapping a rocket to that horses ass and letting it rip!
It caught me so off guard that I had no idea how to respond for a moment. I think I just sort of stared blankly at her in disbelief. She was the most perfect creature I had ever encountered, I was completely in love with her, and I had just been told the most profound and overwhelming truth I had ever encountered up to that point: She. Loves. Me.
I finally managed to collect myself, look deeply into her green eyes, and tell her the truth that I had for her.
(She later told me that, though she did begin to wonder whether I was going to say it back - especially while I was still in my stupor - all she cared about in that moment was telling me. To her, she just needed to say it, whether I said it back or not.)

She told me as we were saying goodbye at around 9:30; we stayed at the church until 5:00 AM finding every way possible to say those words to each other. Because when love happens to you, both from within and without, you just want Time to stop: after 25 years you finally know what the fuss was all about (and you have 25 years of missed 'I love yous' to make up for in one night).

We've been married for going on three years now, and these are still the sweetest words I get to hear everyday. They've only deepened in their meaning; she knows more of the ugly and annoying and silly things about me, and yet she still chooses to love me more.
Thank you, My Darling, for this wonderful gift of your love. I will cherish the memory of that Sunday night in early February for the rest of my life.
Happy Super Bowl, Babe. I'll love you 'til the day I die. 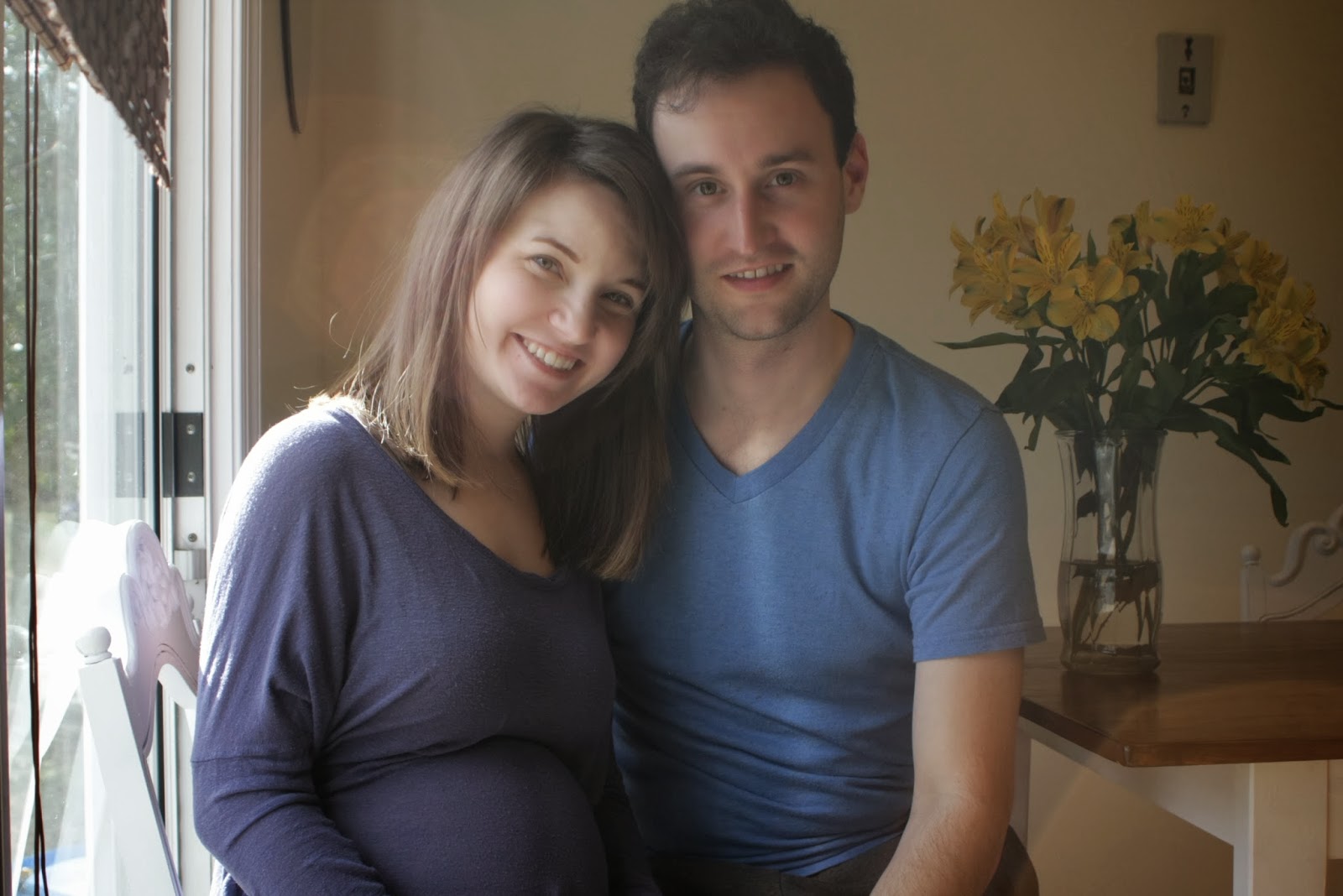