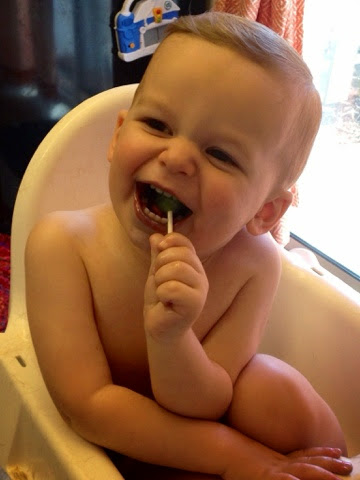 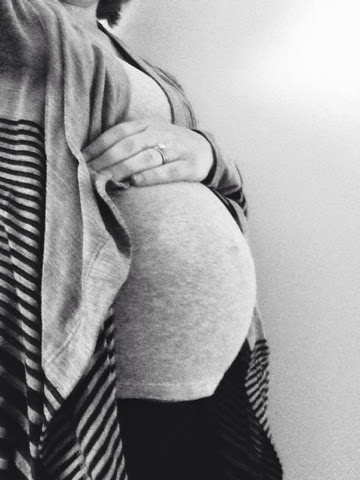 August: He has been going to the gym's kid zone and loving it for the past month. And I gloriously spend the toddlerless hour walking the treadmill, rubbing my belly, and listening to pandora. That is, until this week when he decided he'd just rather not. I attempted both Monday and Tuesday to drop him off to which August clung to me like a spider monkey and said a teary "byebyebye" to all the kind workers while pointing to the direction of the door. We left promptly both days. Yesterday evening, Jared attempted to take him and arrived home in no less than 15 minutes after he left saying, 'nope I couldn't leave him either'. This might just make us look like weak first time parents but whatever, we will fly our flag high and proud and quit the gym.

Baby: Jared and I went through a box of August's newborn clothes. And the tiny-ness of it all hit us hard. We are complete newborn craving suckers now. Also, we are totally gonna be dressing her in all of Gus' handmedowns (plus a bow.)