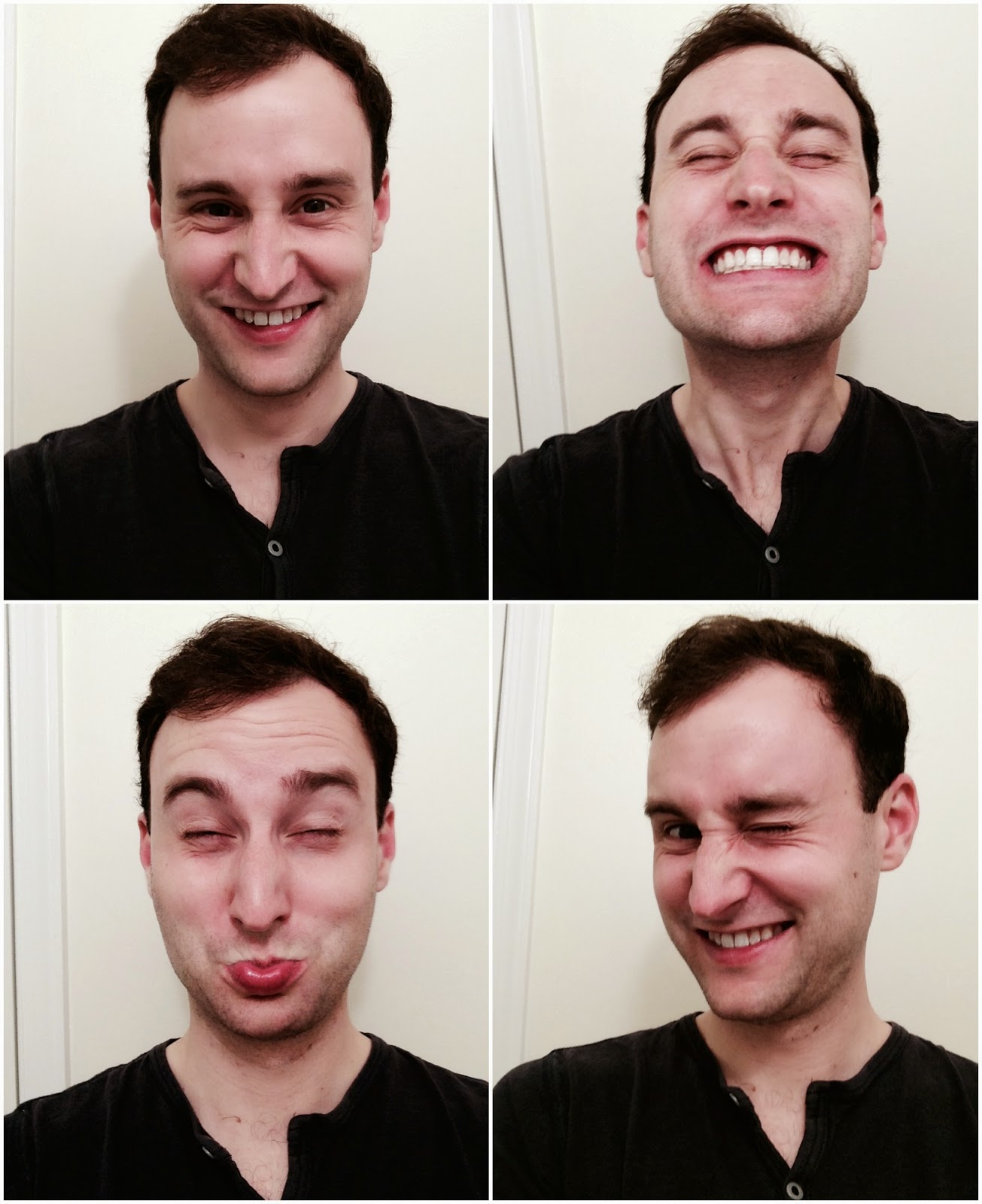 Jared and I got iphones last weekend and then Jared spent a sneaky three minutes in the bathroom mirror taking selfies on mine to surprise me. And I don't know, I think he's cute. 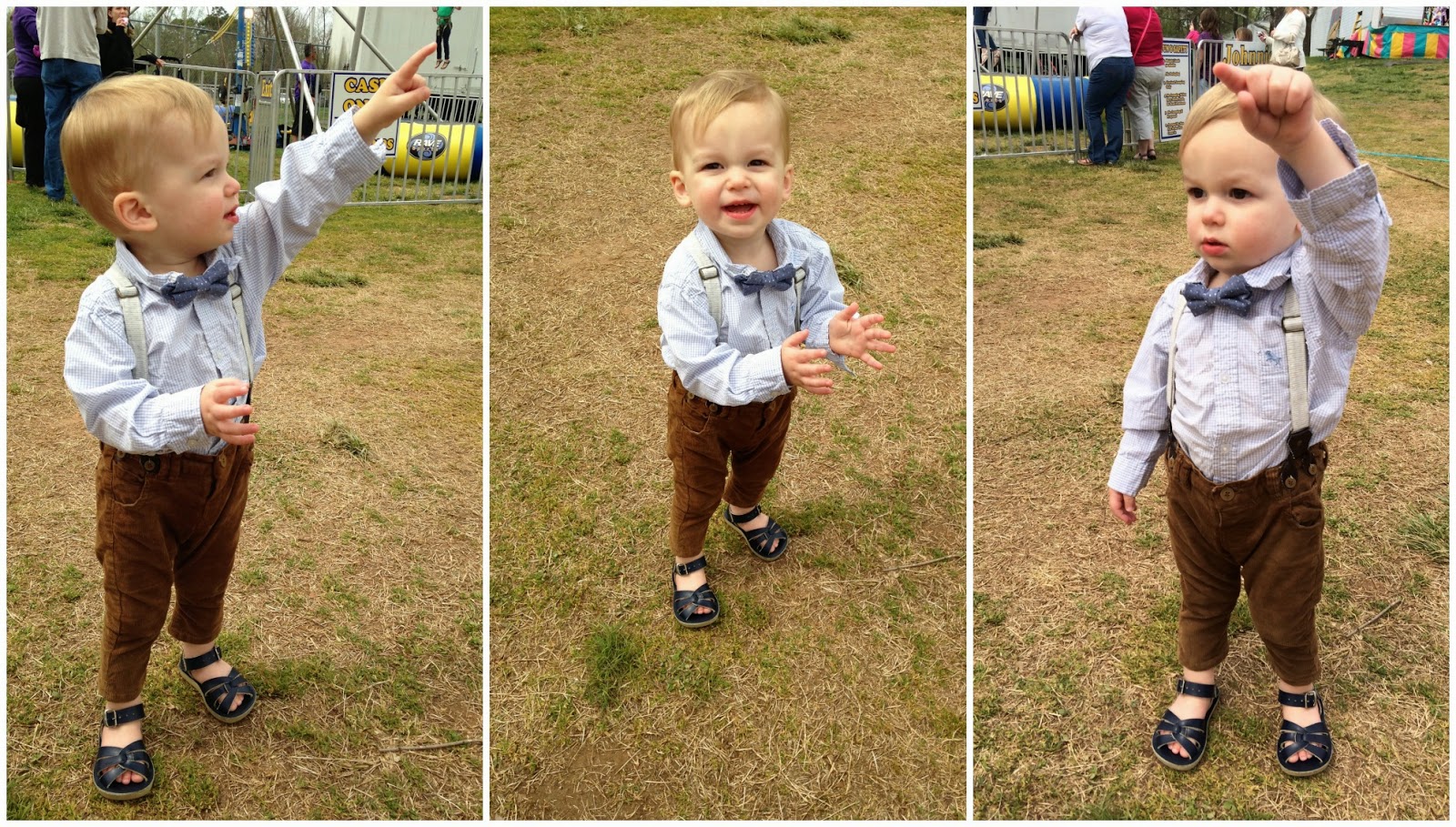 We took our little dapper child to the Dogwood Festival. He was precisely 2 inches too short to ride anything. (sorry, shorty) But, he did a fair amount of pointing and saying "Dere it is!" at every attraction as if he had been looking for them his whole life. 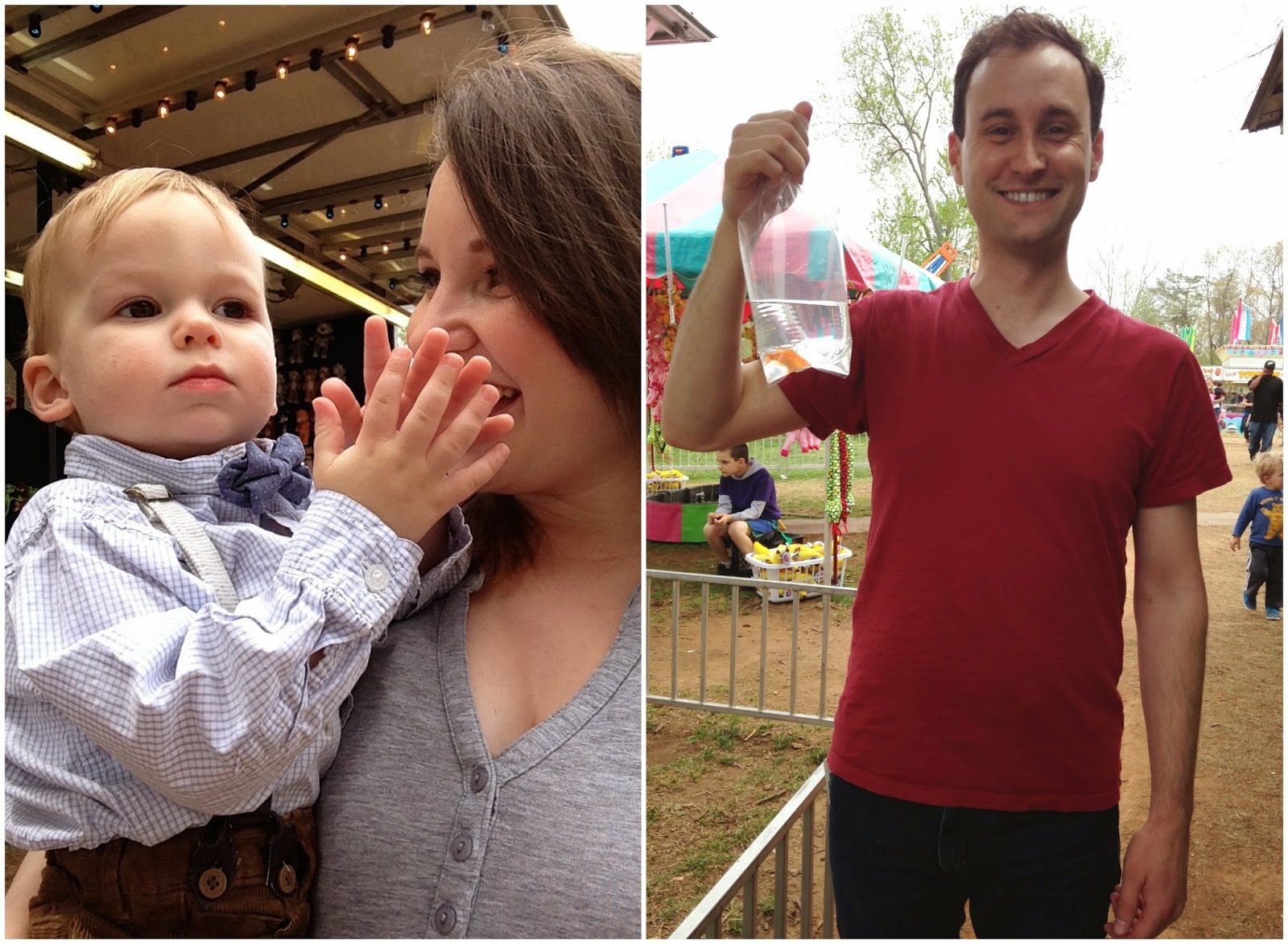 Jared decided that we needed to do something carnival cliche and since the cotton candy was out-of-this-world 'spensive, we decided on a good ol fashion carnival game. Jared played while Gus earnestly applauded his efforts. 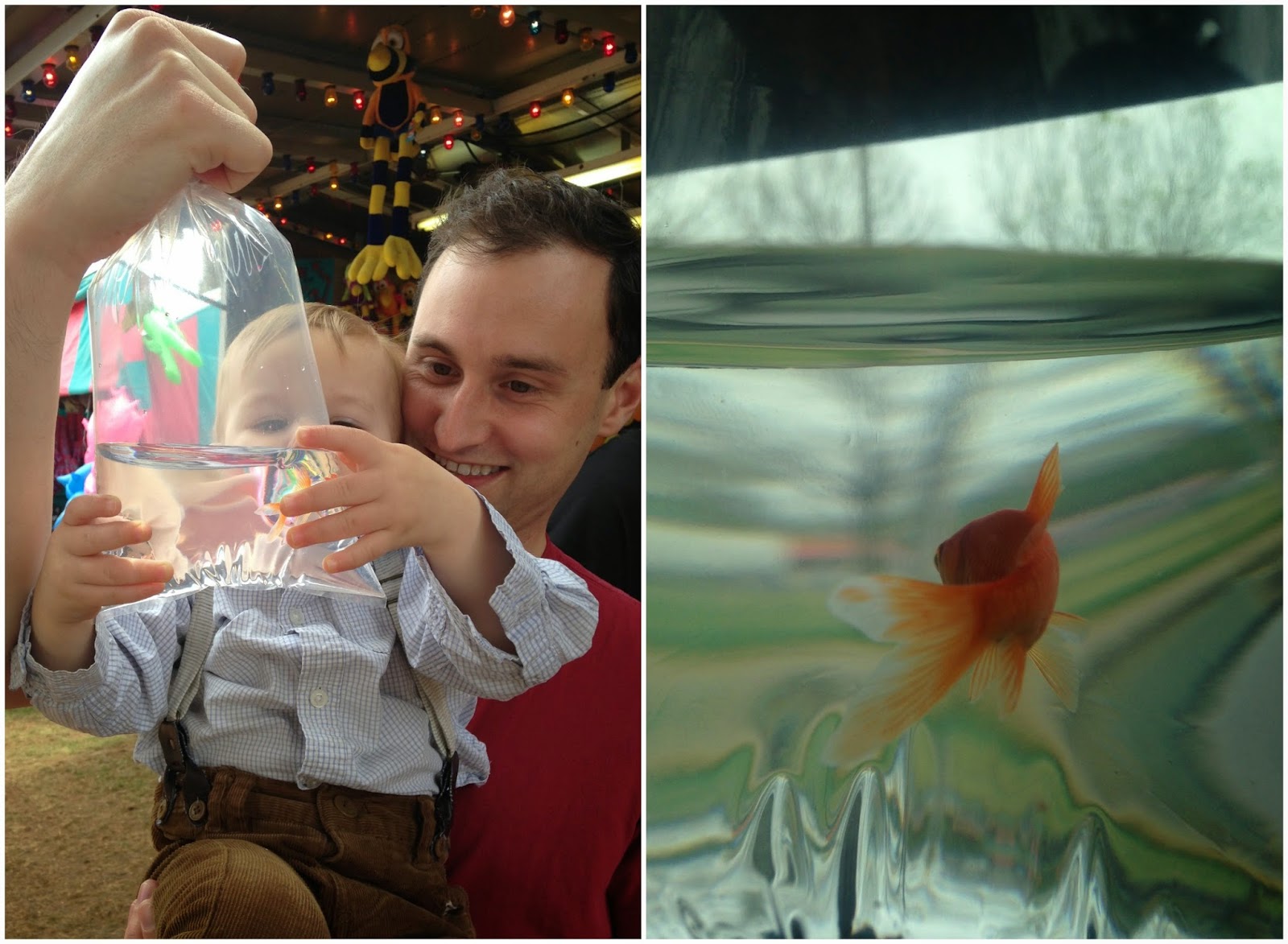 Surely thanks to Gus's sideline cheering, Jared won! A fish. I honestly thought it would die before we even made home, but it is alive and well on our mantle. Gus named him "Nanana"and frantically runs to me every morning pointing at Nanana and the fish food and saying "dere it is" as high pitched as his voice will go. which is pretty freakin' high. I'm surprised our mirrors haven't shattered. 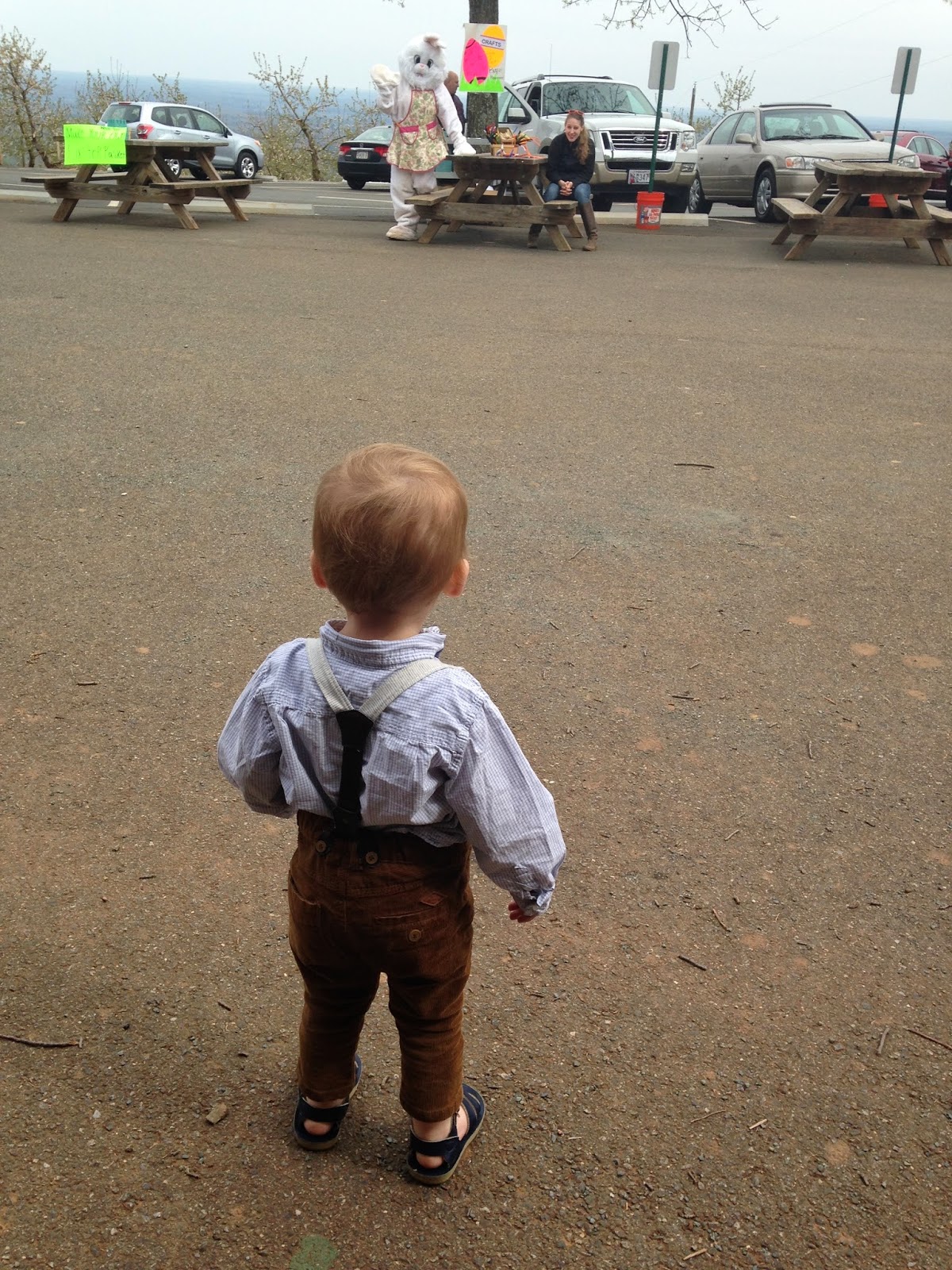 After we brought Nanana home, we headed out to the apple orchard to meet the Easter bunny. Gus thought the bunny was just okay. He kept a close eye on that shady bunny the entire time. 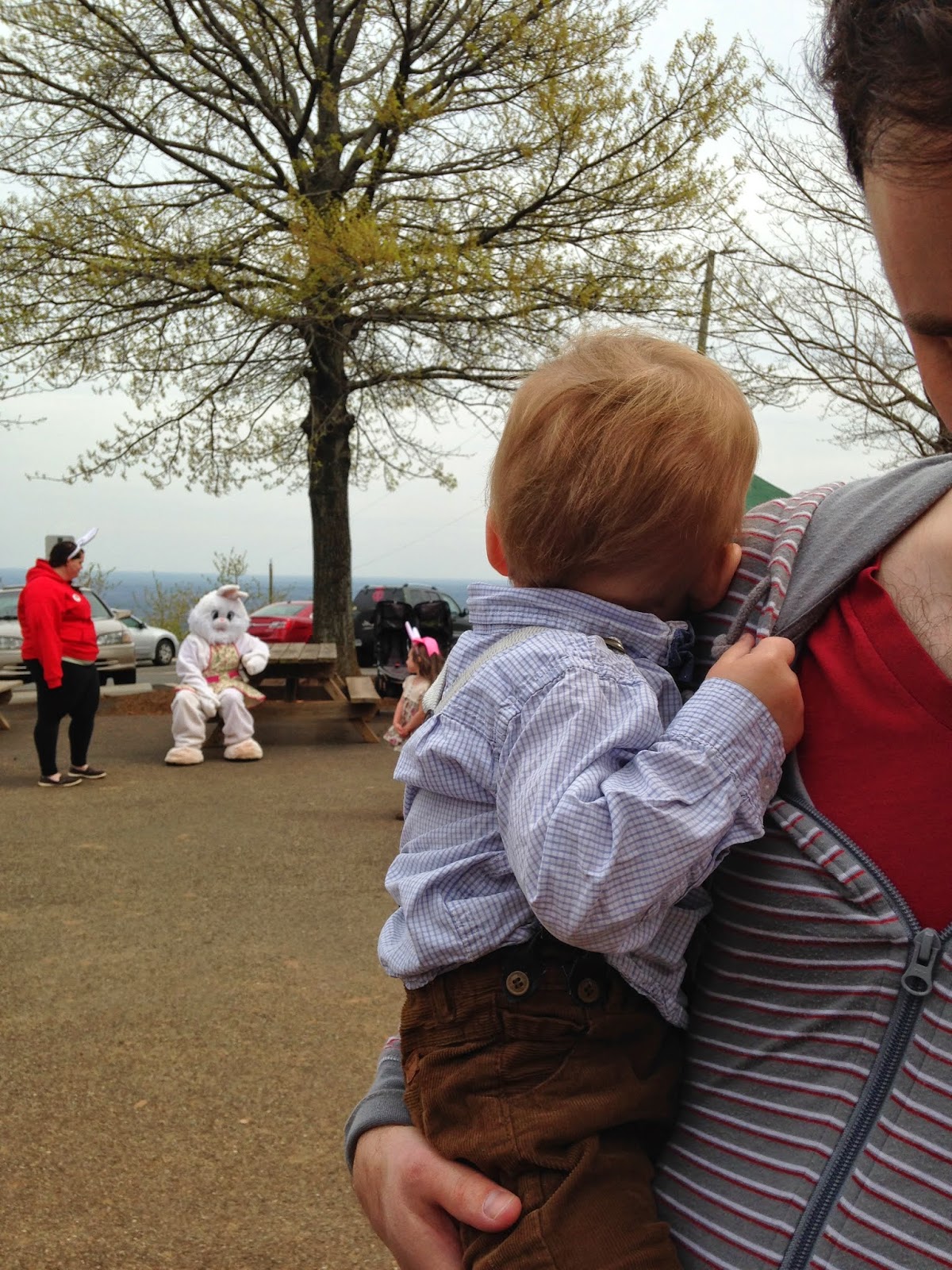 Sometimes we are the worst kind of parents and make Gus pose in his silly little get-ups and we ooh and ahh like he is the first baby to ever exist. 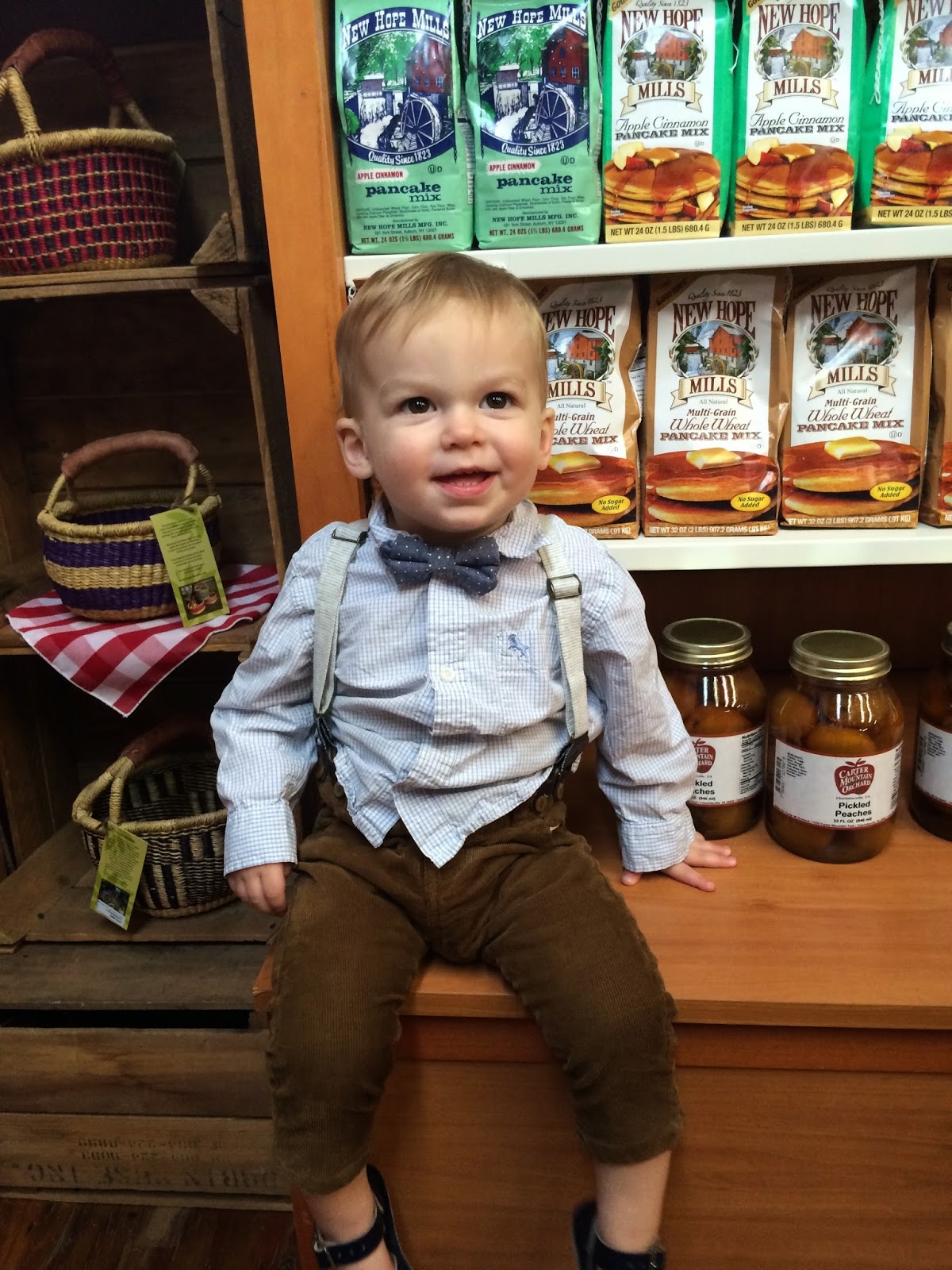 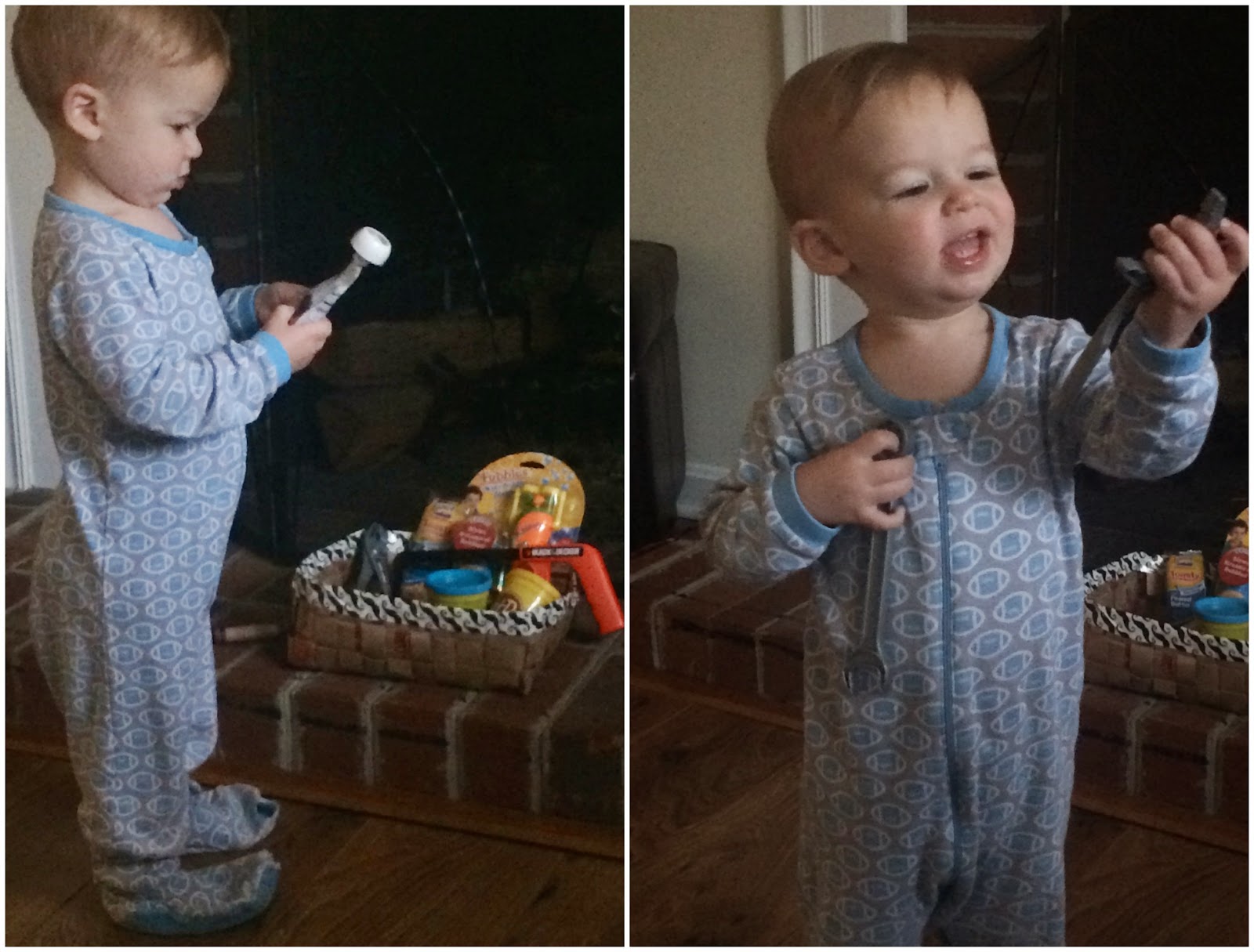 The night before Easter, Jared and I realized that we did not have a basket to put August's Easter bunny goodies in. I fled to my lifeline that is pinterest and found this simple 25 step tutorial on how to make a basket out of a Trader Joe's bag. Trader Joe's bags, we've got! And thus was our late night Easter eve of basket weaving and uttering unpleasantries to each other. Although it came out pretty darn cute, next year: store bought! 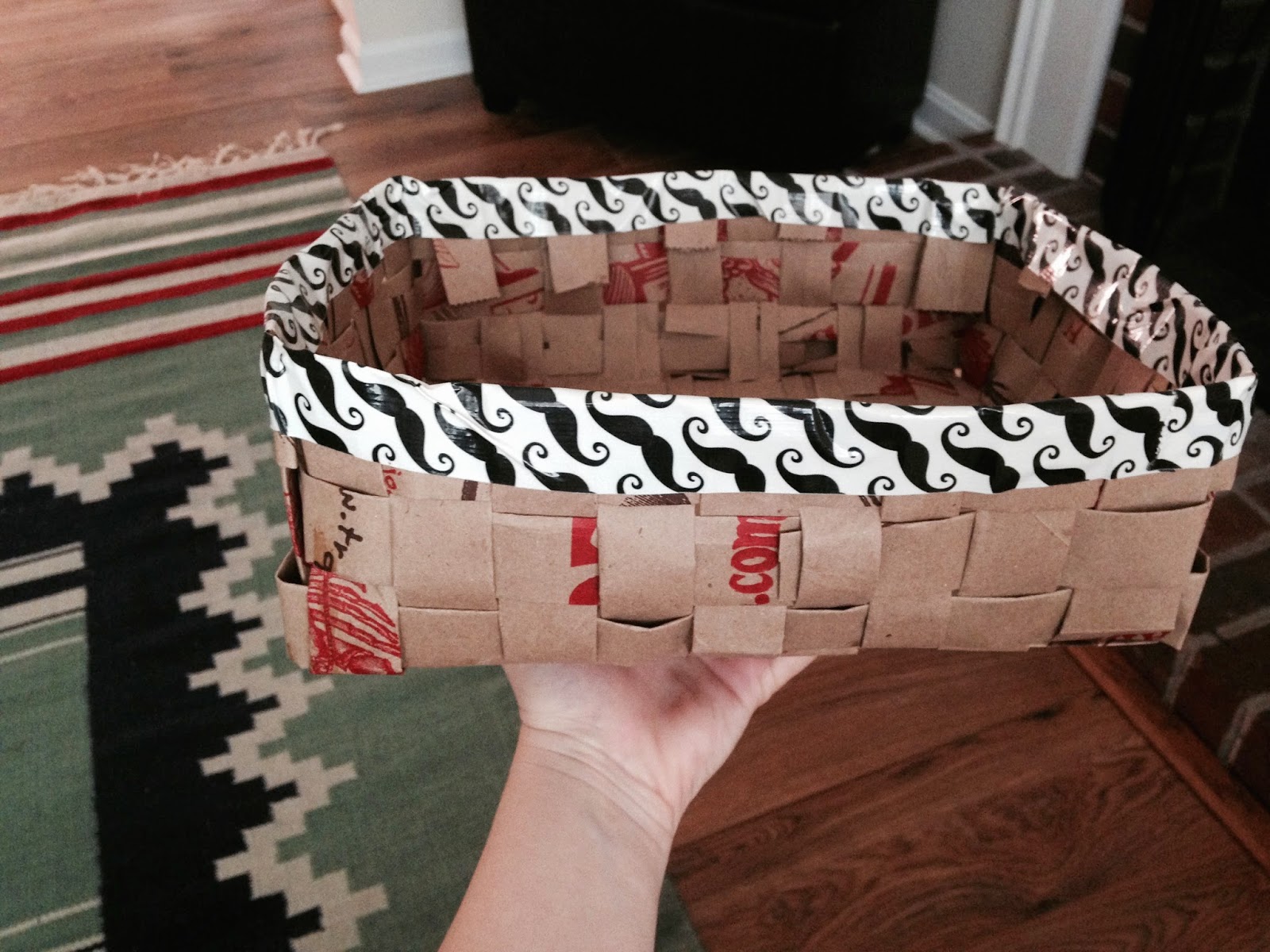 After we moseyed around in our pajamas for just over an acceptable amount of time, we decided it was time to get dressed for the day. These guys were really holding in down in the looks department. I, on the other hand, was on the opposite side of the camera in my skivvies because nothing fits! or at least that's what I tend to huff about anytime I have to change out of my pjs. 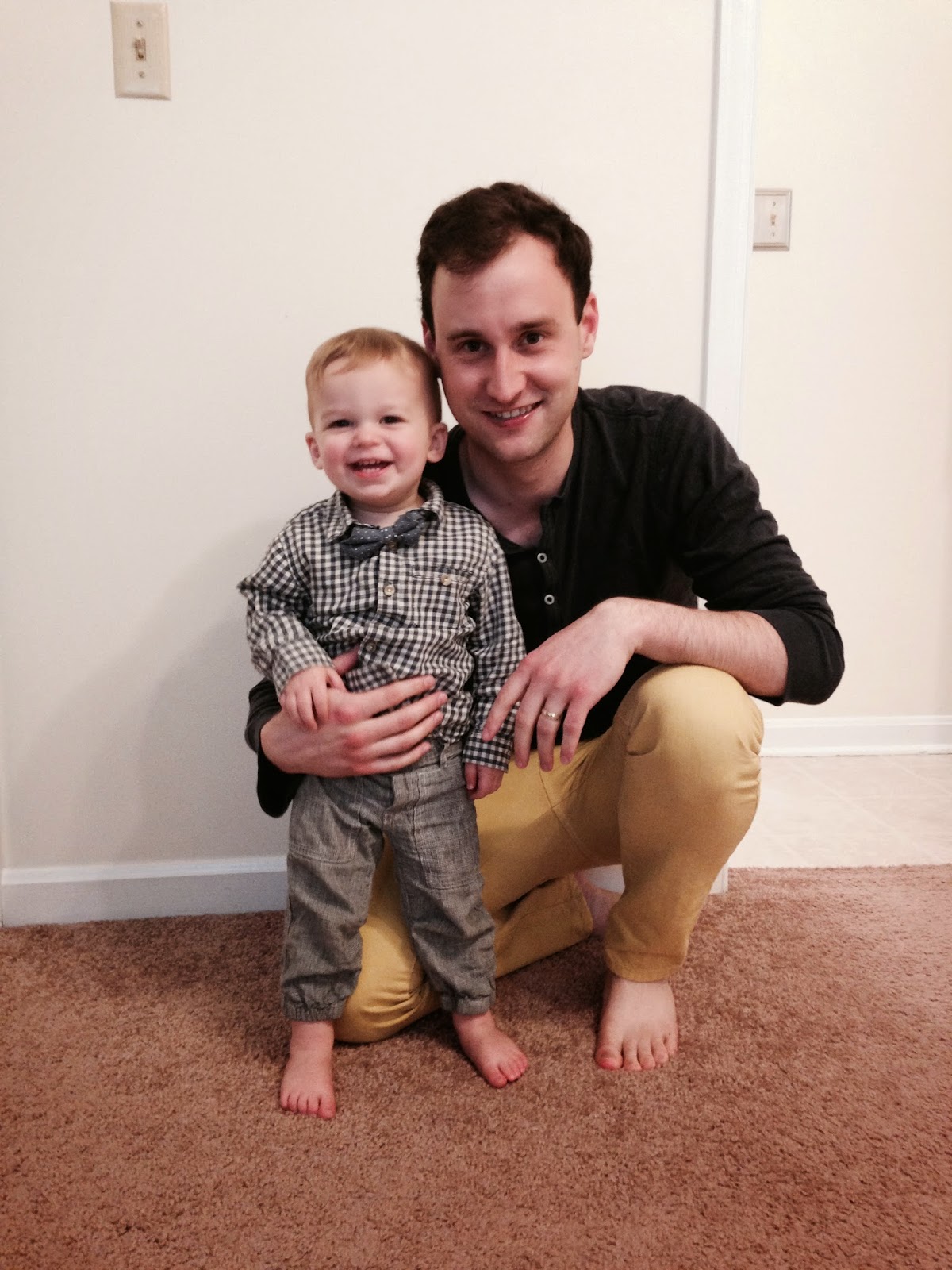 I finally got myself dressed in a nice little maternity number that does in fact fit. get over yourself, Jenna. And we took our little family on a walk around the hood. It was gloriously good. 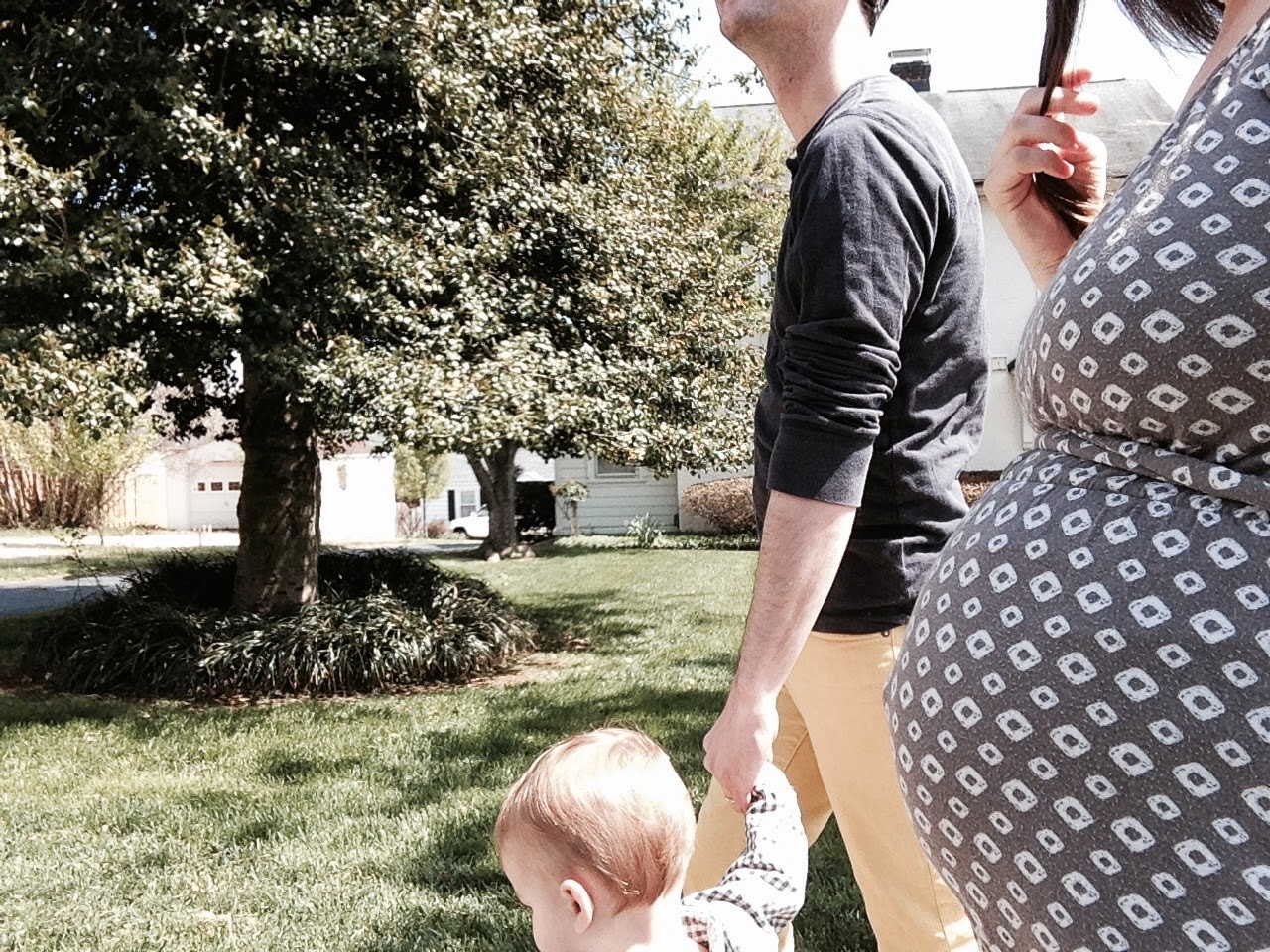 We also spent some time teaching August important things like front-facing cameras and family selfies. He enjoyed lunging at the camera while belting a hearty "dere he is!" at himself. I enjoyed deleting a good portion of our attempts due to how I tend to carry my babies right there in my face. yipes, pregnancy cheeks. 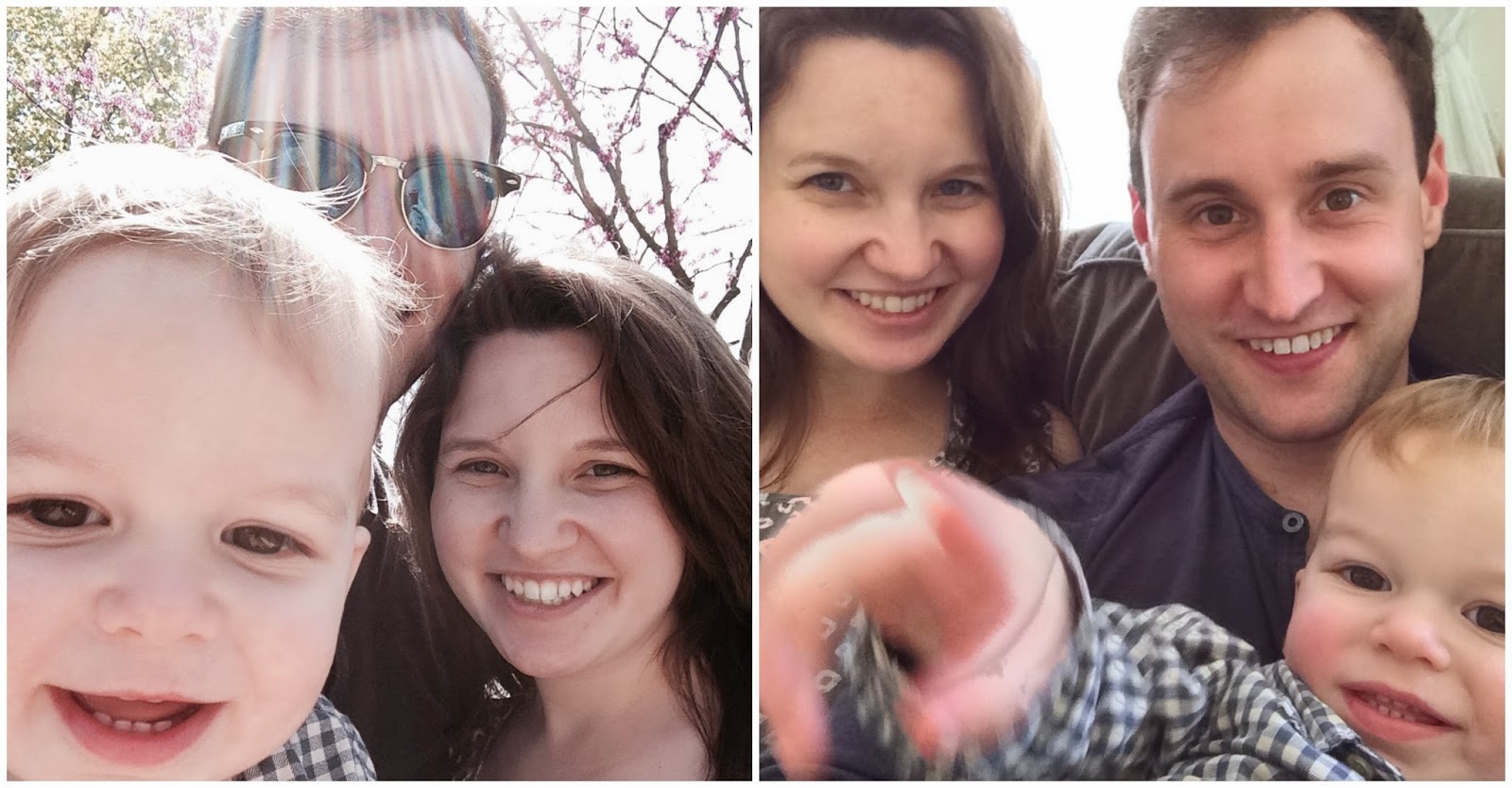 After our walk, I tried my hand at some homemade biscuits. They were just okay. Jared is the kind of husband that pretends everything I make is amazing and the best thing he's ever eaten. This is a quality that I know he gets from his father. And I hope he trains August up to do the same for his wife someday. Because it is darling. 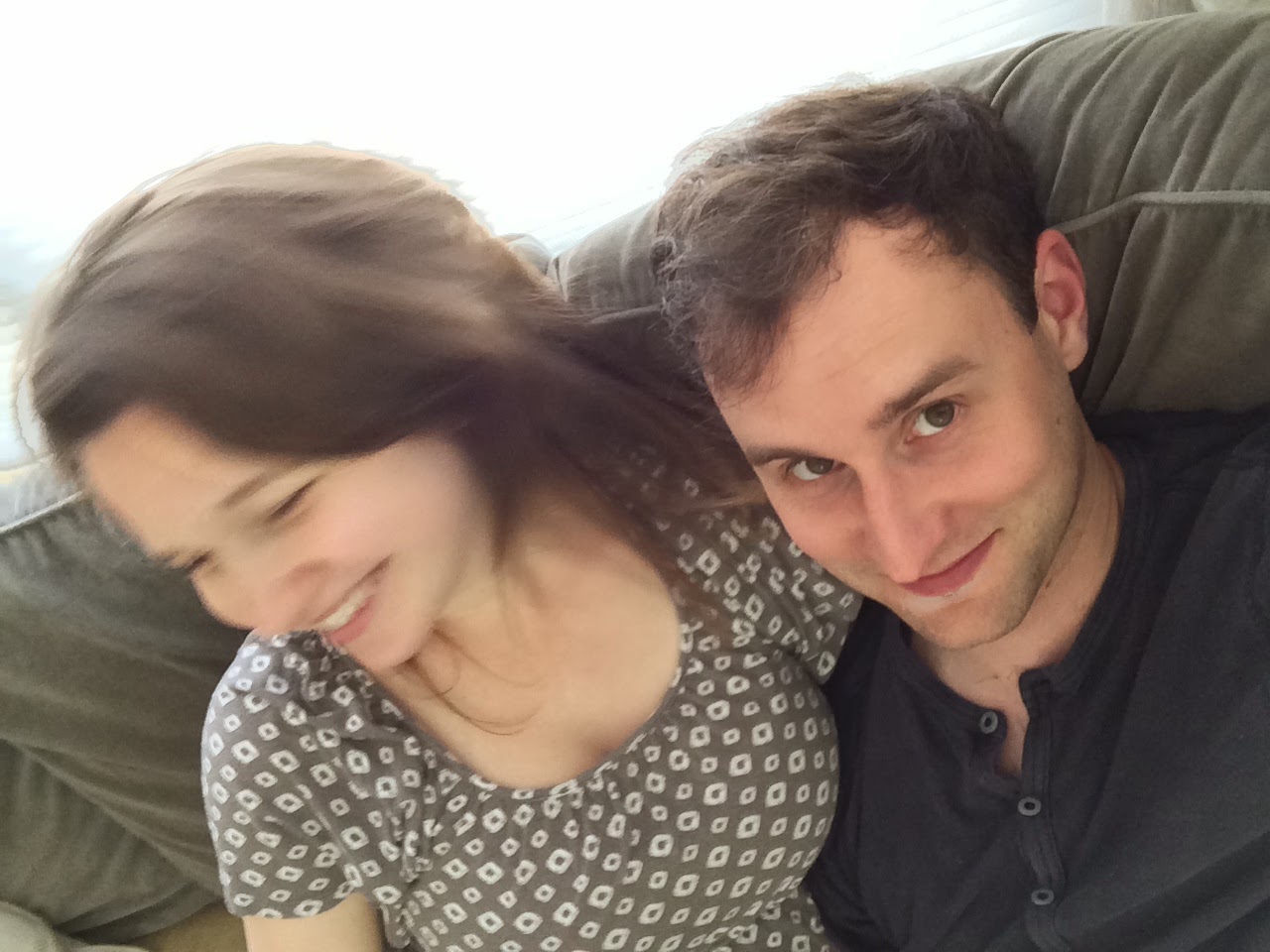 And to wrap up this riveting post about our Easter, another selfie of yours truly at Ben&Jerry's because sometimes Jared is the coolest husband and dad and, even though there's always always ice cream in our freezer; he surprises us with trips to get the good stuff. clap clap clap 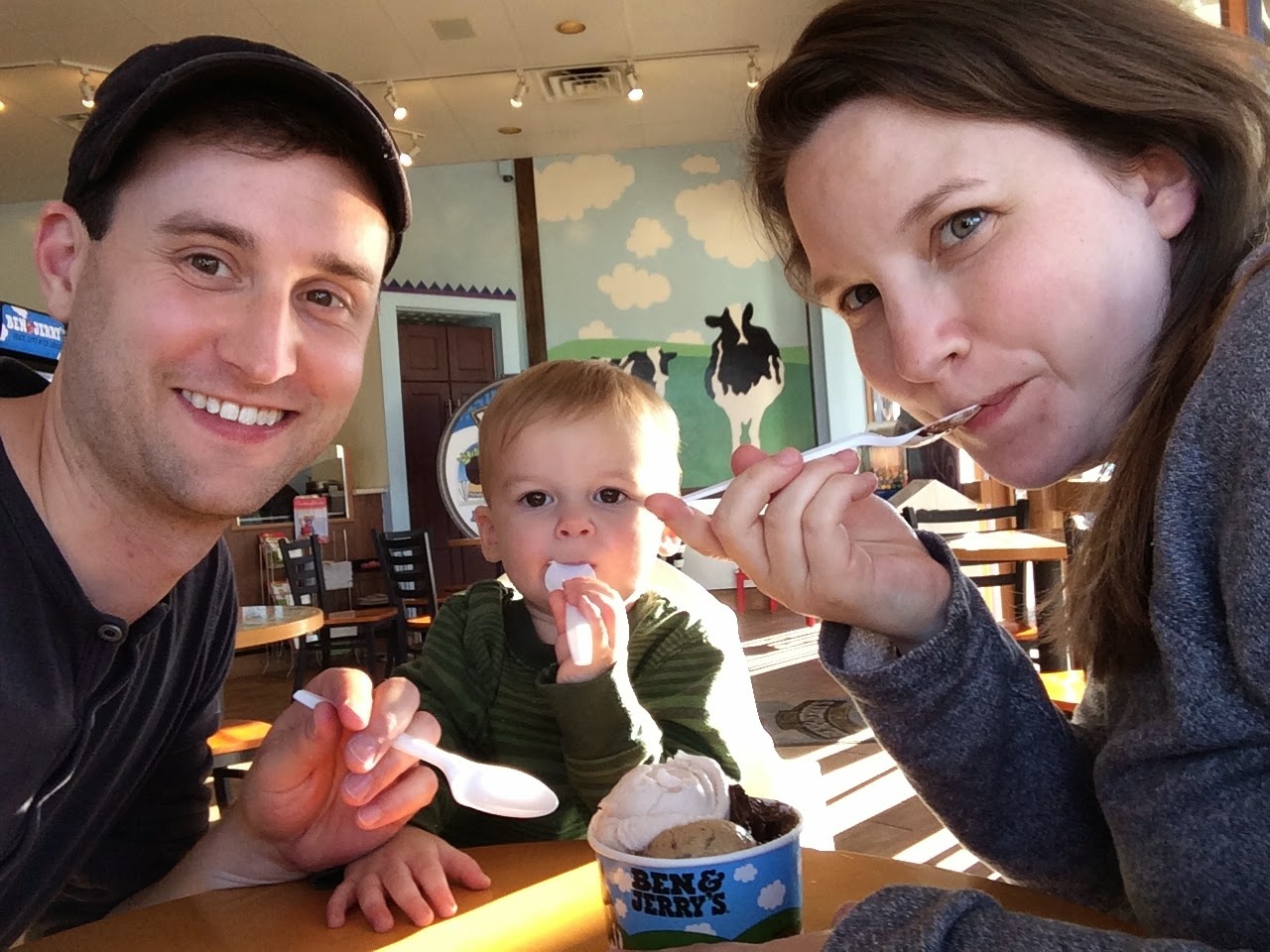