October 03, 2017
Hmm, where did we leave off? Oh that's right I was in my final month of pregnancy. Welp. Had that baby! That baby is now a walking talking 18 months. So.
When I logged in the latest draft waiting to be published was Autry Ames's birth announcement. Never published. Just waiting. I don't know what happened other than keeping three children alive and happy. So let's do a little reintroduction shall we? 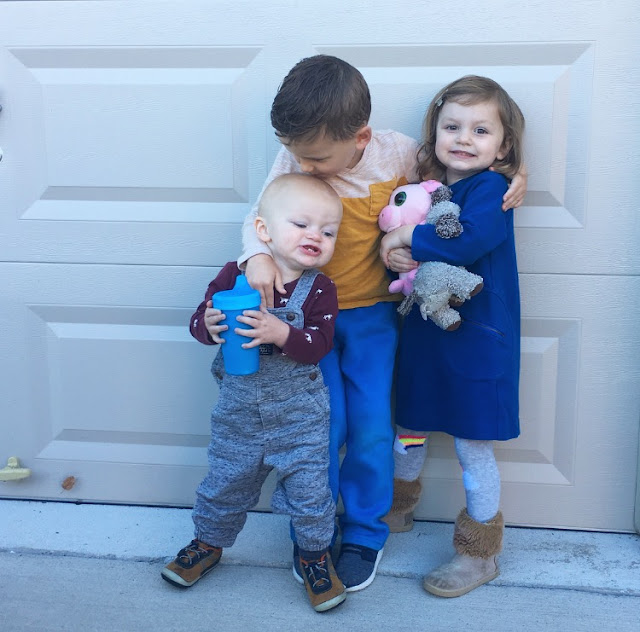 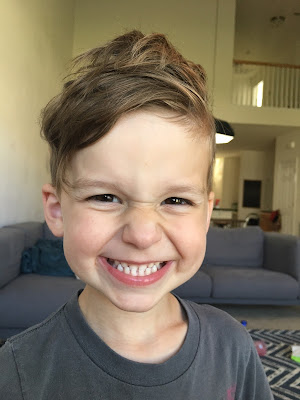 August "Gus" is FIVE, a kindergartener, and an artist. He is currently reading everything, Jared and I have no idea how. But for as long as we can remember he has loved the alphabet and now, words. He is also super into comics (i.e. Captain Underpants and he just bought a Wimpy Kids book at a yard sale). He draws his own comics, writes us love letters, and his little sister loves to commission artwork for him. He adores his baby brother and begs us to let him babysit. He loves holidays, new seasons, and any reason to celebrate. At his bus stop this morning, he walked over to his bus stop buddy who he calls his brother and announced that it was October then they high fived. 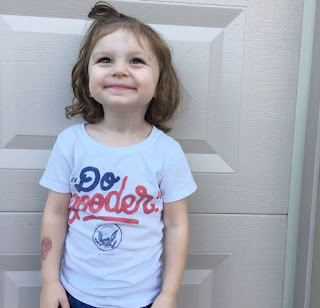 Auden "Birdie" is THREE, a preschooler, and a gatherer of tiny things. You can find her crying for help because her pile of tiny things won't fit inside the tiny baby sock she found. She has one friend at school and calls him DJ which is not his name. She won't hold a hand unless we are in a parking lot. If you try to grab her hand to hold any other place she will quickly yell "THIS NOT A PARKING LOT!" and whip her hand away. This morning during the struggle to dress her in something she approves of, she picked her own socks. Ones with unicorns which she called "candy corns". When Gus laughed and corrected her she glared at him, then he corrected himself "okay Birdie you are right they are candy corns" then he threw a wink at me. She is very confident in who she is and what she wants. We all try to give her room to live her truth. 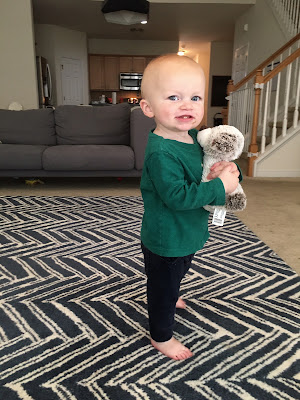 Autry "the baby" is 18 months, a toddler, and the baby. He loves dogs and is currently watching Mutt & Stuff while he drinks his morning milk. He is the only child three times a week. During that time you can find him clinging to his mom or wandering around the house looking for his brother, sister, and "Dadden". He sleeps with a stuffed dog just like Birdie's baby puppydog. He named his puppy "Put'n". He is incredibly observant and knows exactly which cabinet door has been left unlocked or the exact moment when his brother or sister have left the bathroom door open. He is quick into mischief, yet never into trouble: Thus the grace of being the baby. He still kisses his wrists when he is sleepy.

Jared and I are currently trying to be organized, healthy, well-rested, and good parents. Four things that seem to run a bit faster than us. But we will keep running the good race.